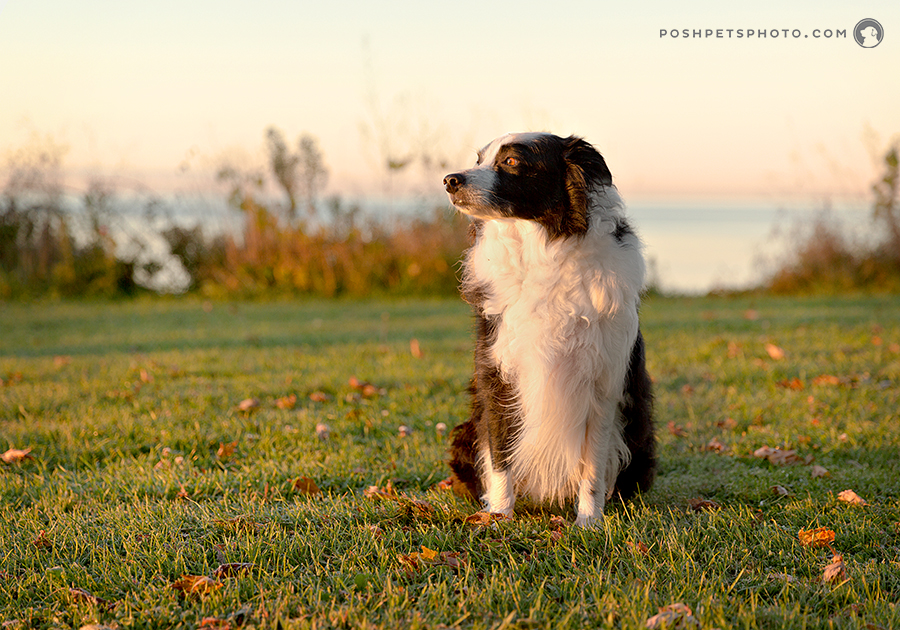 I have to be honest, I let out a little squeal after Moses’ mom booked his Posh Pets session. Not only did it sound like he was a superstar, but his mom was more than happy to get up early (and I mean really early) for our session so as to catch the early morning light. On a Sunday, no less. Sometimes, you just know that a session is going to be epic.

Moses, a gorgeous border collie, makes his home in Whitby along the water. We decided during his pre-session design consultation that we would photograph him in his favourite park and beach. It took some doing, but we figured out where we had to be and at what time to take advantage of the first rays of the sun above the horizon. And when we got there, as I had been promised, Moses knew how to pose like a star.

We then headed down to Moses’ beach. The early morning sun along with the spectacular colours of fall made for a stunning backdrop. 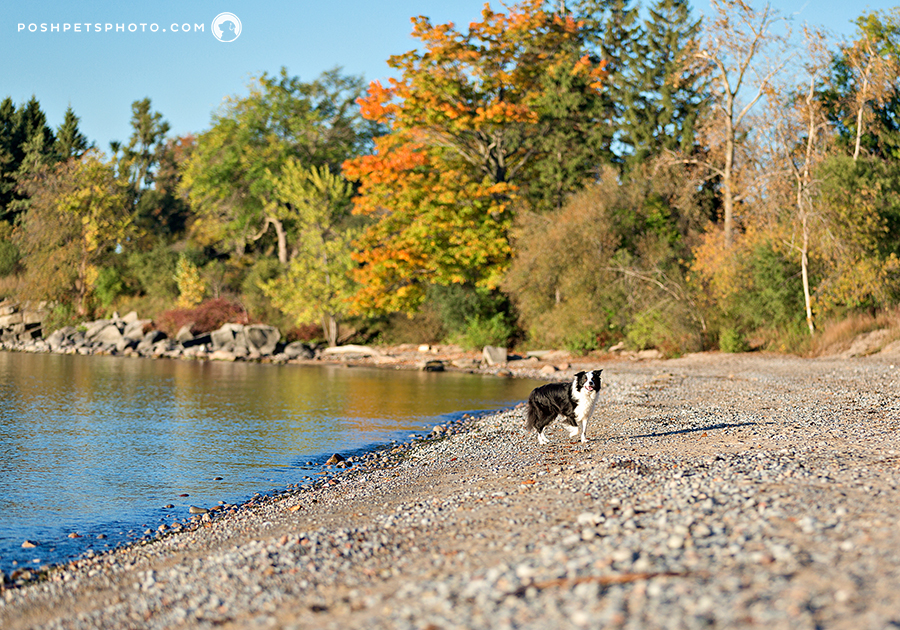 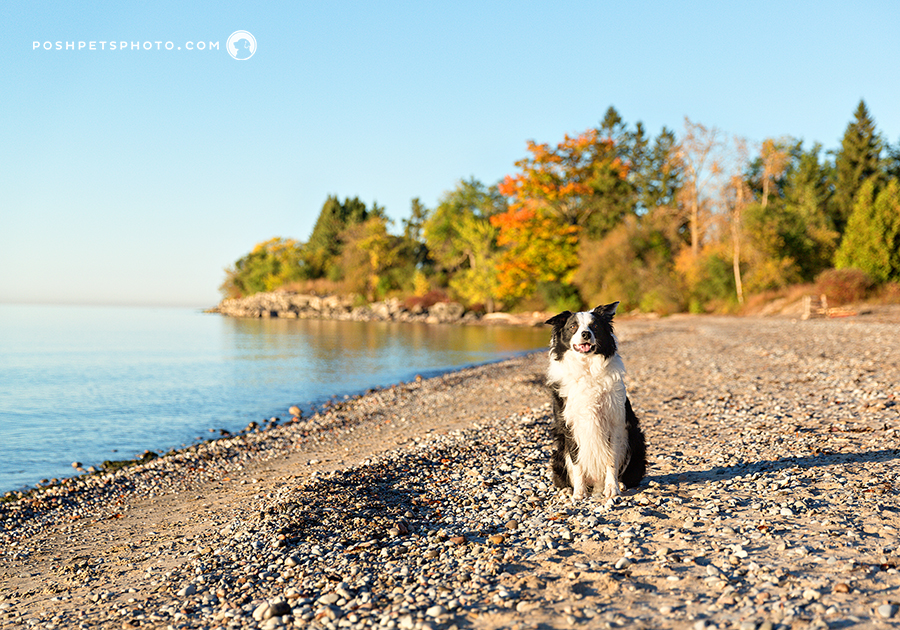 Border collies are a high-energy breed, so Moses just had to show me he knew how to run. 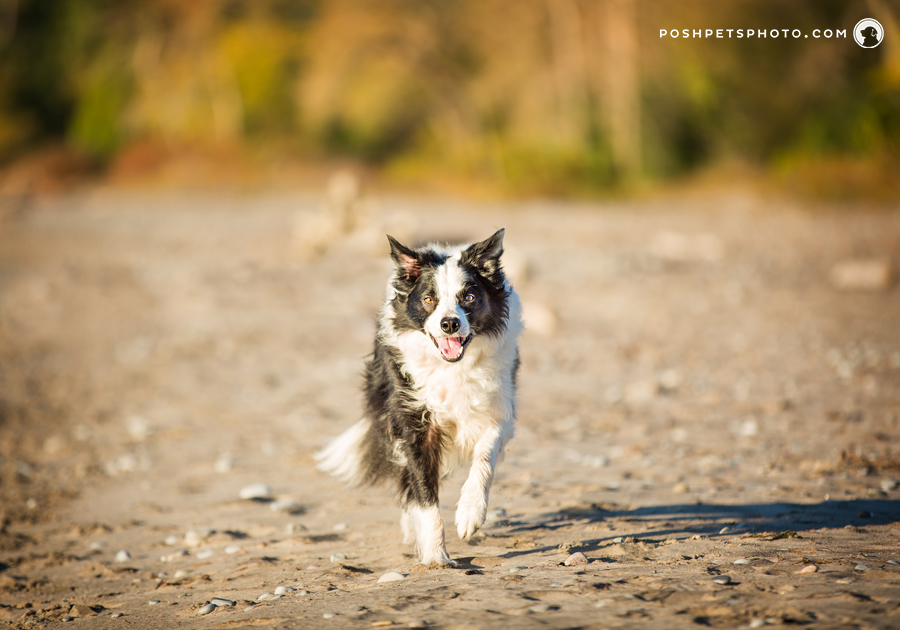 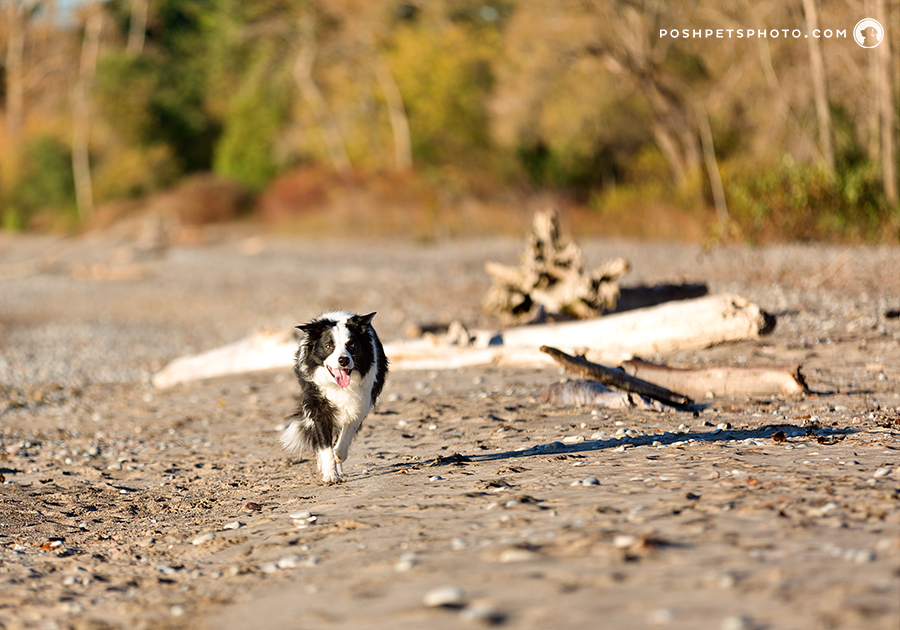 At the end of the beach, these maple trees were putting on a full display. (This hangs as a large art piece on his mom’s wall now.) 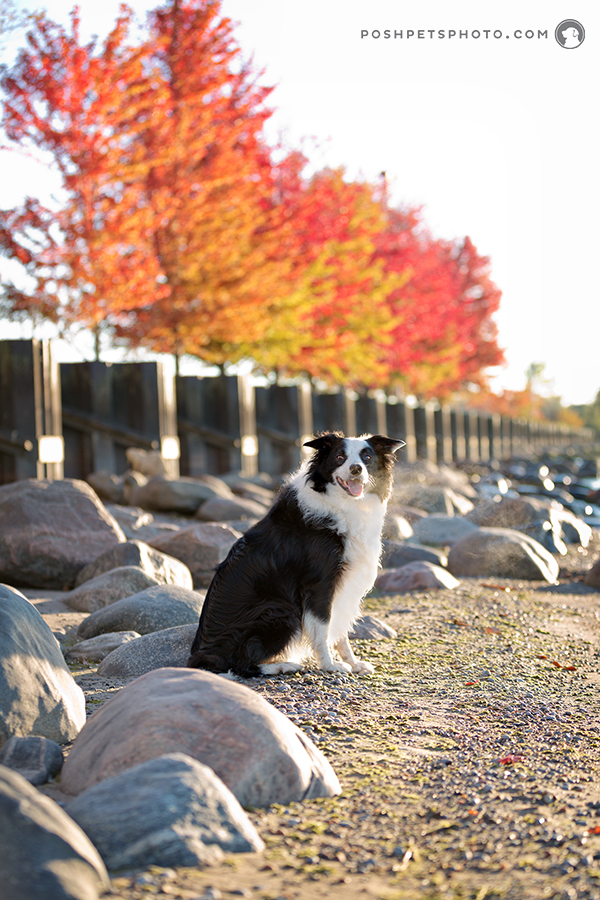 Now, this is where I have to tell you an intersting little story…like a lot of pets in the world, Moses has a nickname. His proper name may be Moses, but over time he has acquired the nickname Momo. The thing is, you may have heard of another, more famous, border collie named Momo. Also known as “the hiding border collie”, he is an internet sensation and the muse of photographer Andrew Knapp who runs a blog called Find Momo that is – you guessed it – filled with awesome images of his Momo. The twist is that Momo is “hiding” in the photographs and it is your job to see if you can spot him. I can say from personal experience, it can sometimes take a great deal of time to find him! Well, here I was with a border collie named Momo on a glorious morning…we couldn’t let the opportunity pass. So here is  our own tribute to Moses’ more famous namesake. Can you find him? Hope we make the real Momo proud! 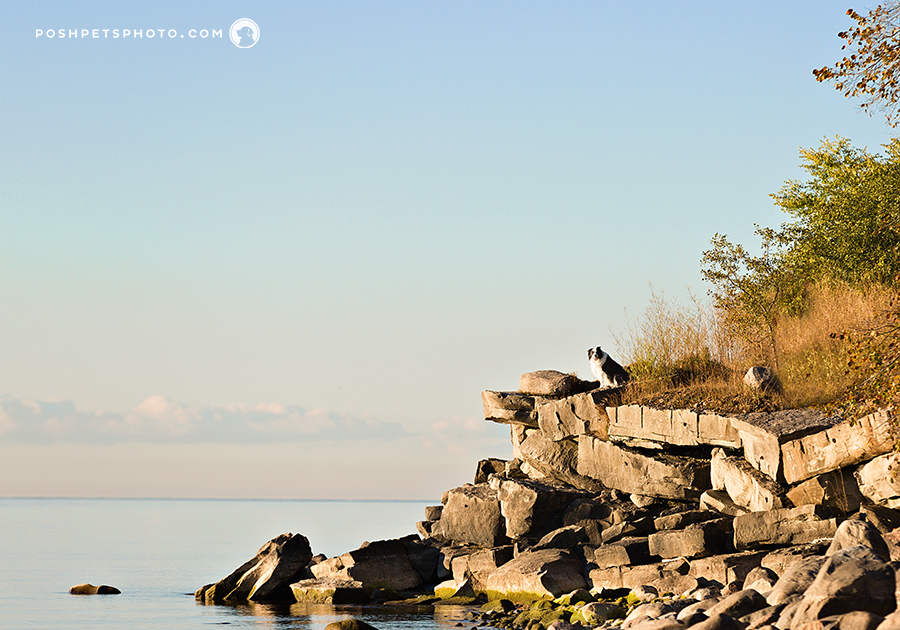 Back in his park, Moses posed for another set of portraits showing off his winning smile! 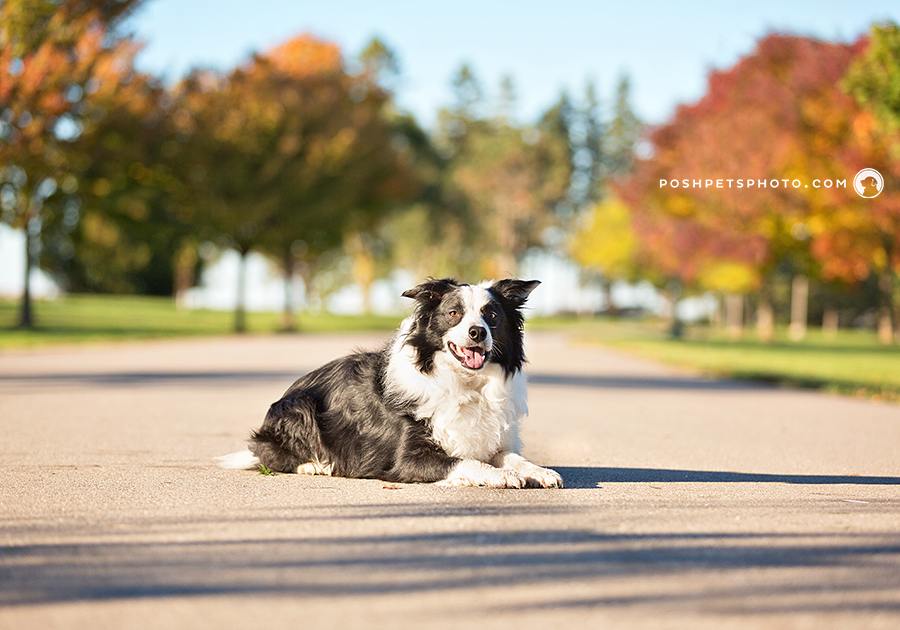 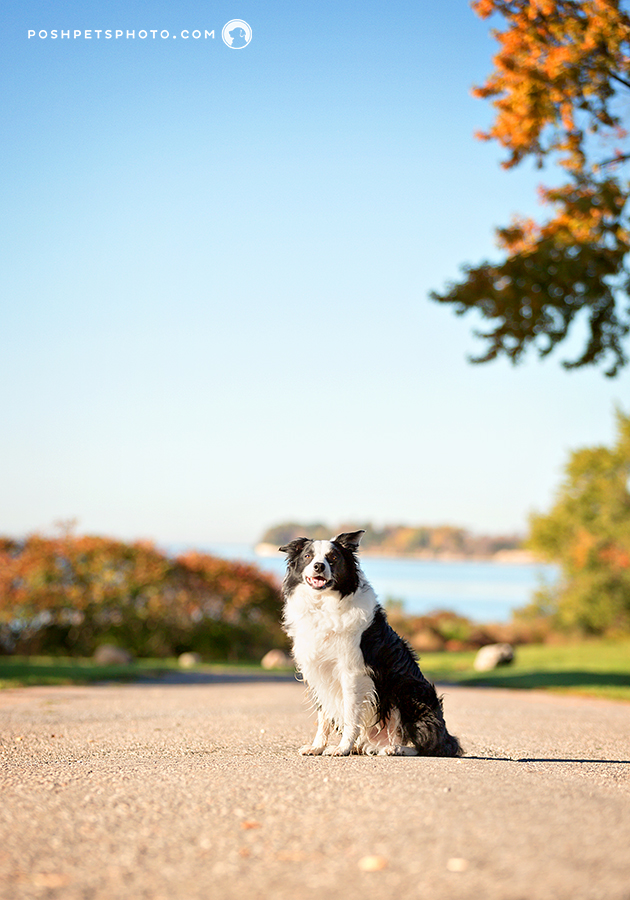 After getting up early for a full morning of running, posing and fun, that afternoon I was sent a picture of a sleeping Moses. Apparently he passed out soon after getting home – I guess modelling is hard work. But, the images were worth it…

You know, I would love to meet your furry face in the wee hours of the morning! If that sounds like your kind of session, contact me here. Of course, if you would rather sleep in and book an afternoon session, that is fine too 🙂 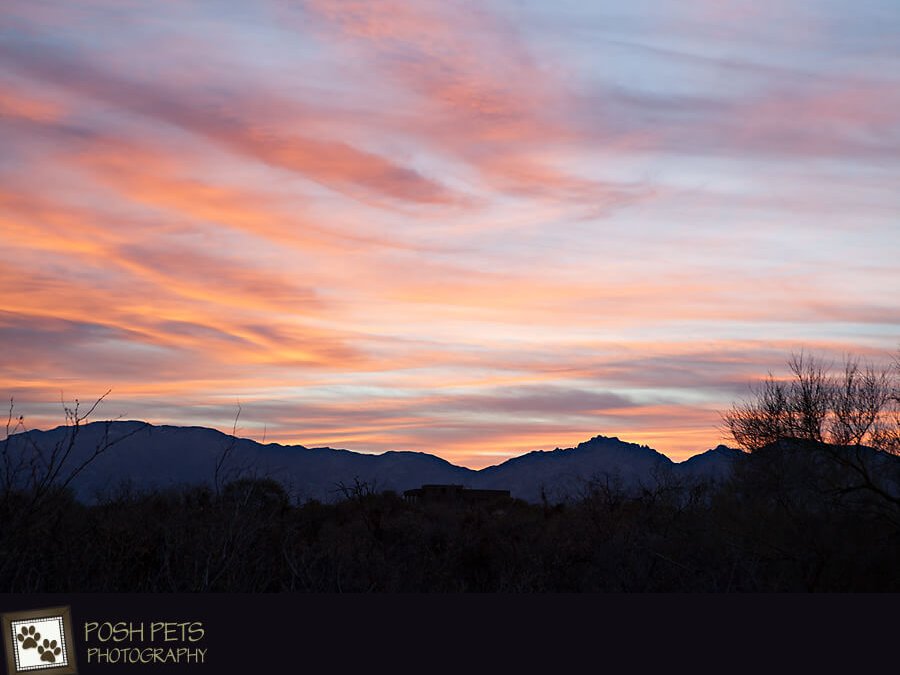 We were vacationing in Arizona and California this past week and I had fun photographing some different animals other than the usual furry faces that pass in front my lens. This was my first time trying to photograph birds, which although was quite frustrating at the beginning (they move a lot more quickly than dogs and cats!), I found it can be quite addictive.

But first, this image. On our very first morning, we were treated to a beautiful Arizona sunrise! Apparently, there are not often clouds in the sky in Arizona, so this was a real treat! 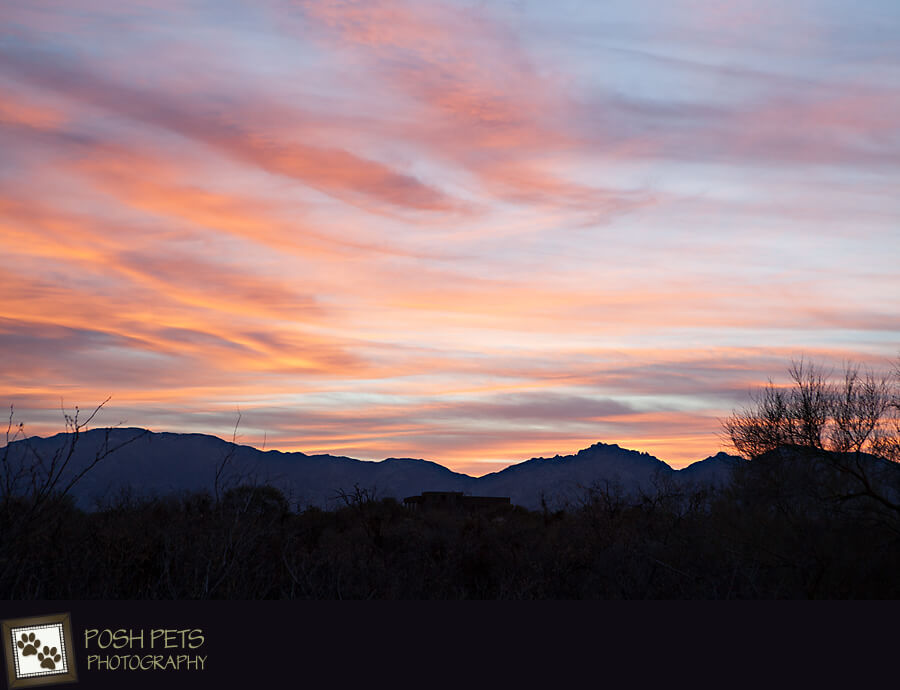 We then went to the Desert Museum in Tucson to see some of the beautiful animals that make the Sonoma Desert and meet the birds! My first bird was a beautiful Red Cardinal. 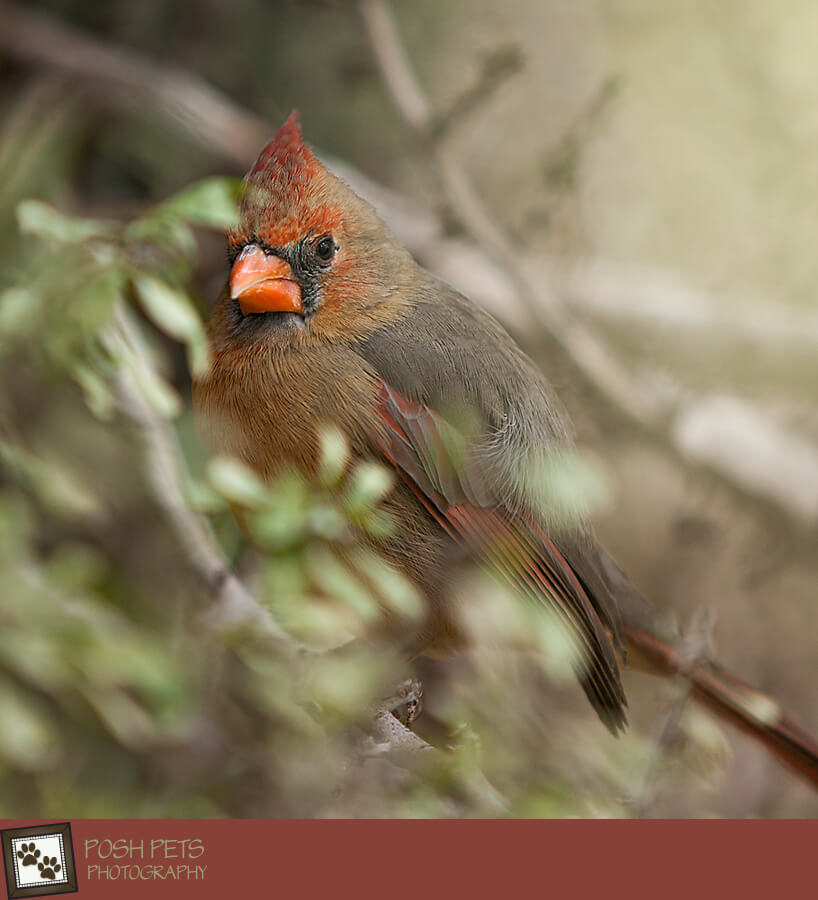 Then, came a Stellars Jay… 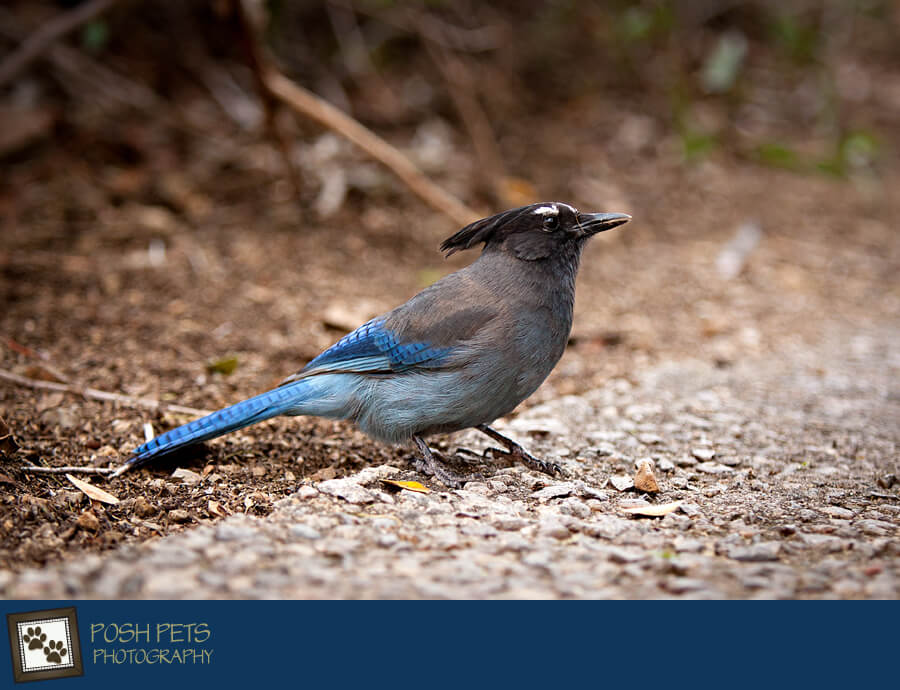 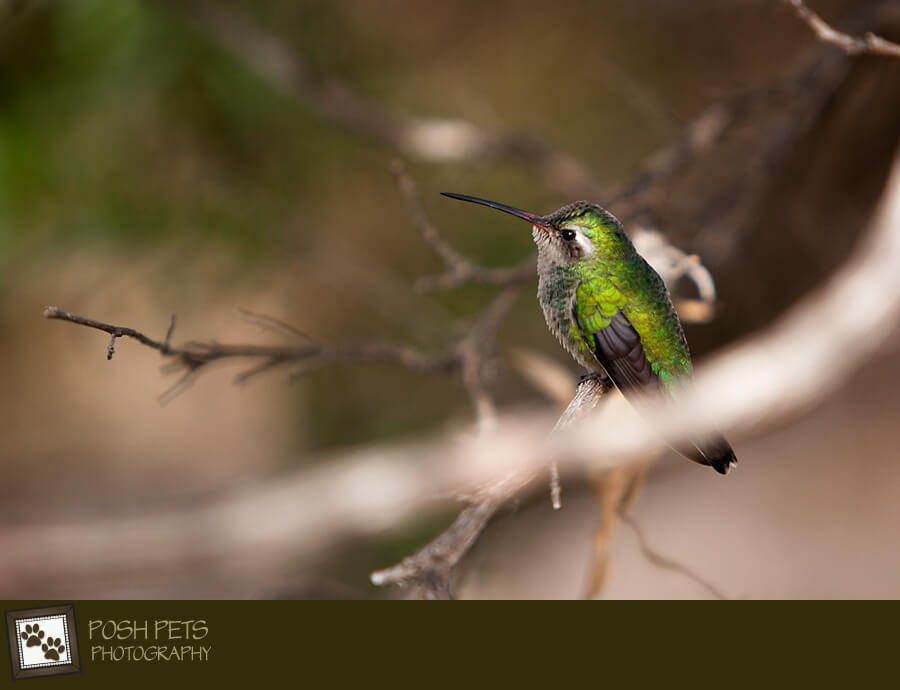 … and a Black Headed Grosberg. 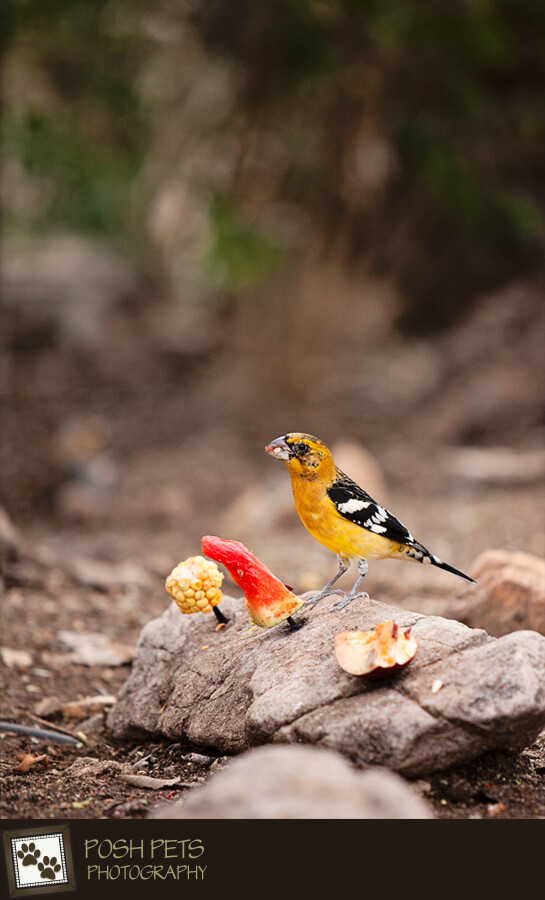 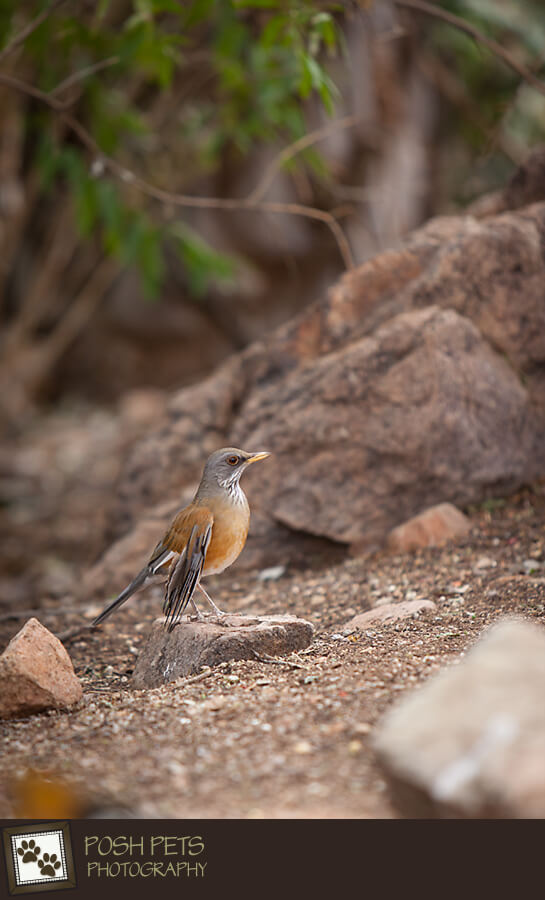 …and a pair of happy Doves! 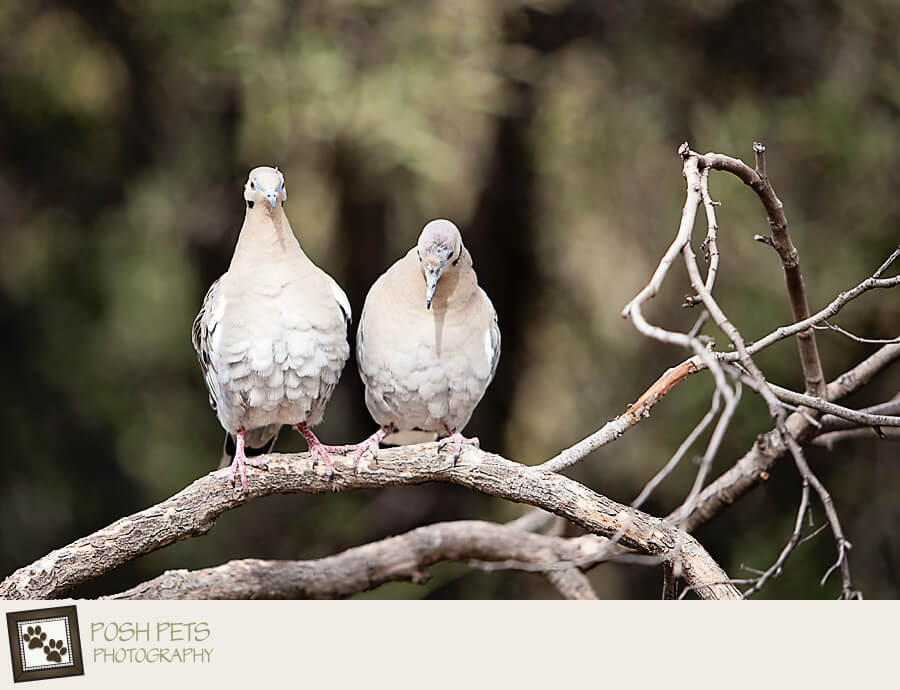 I even got to photograph the Cactus Wren, which is so very ‘south-western’. 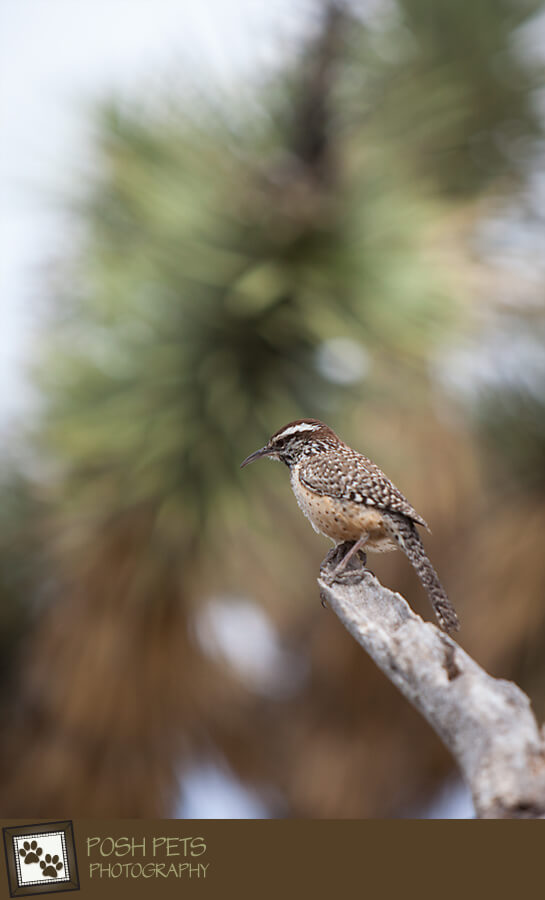 Lastly, I got to see a Screech Owl… 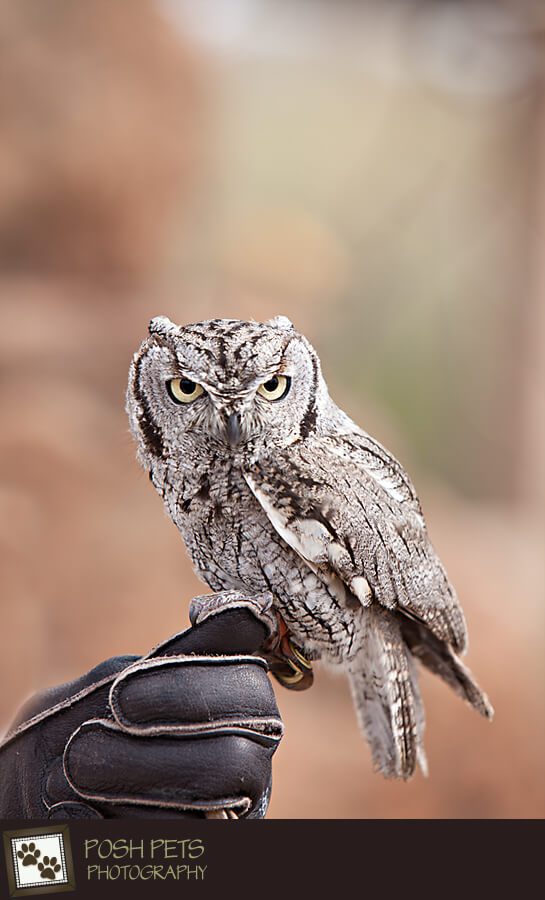 …and a majestic Harris Hawk. 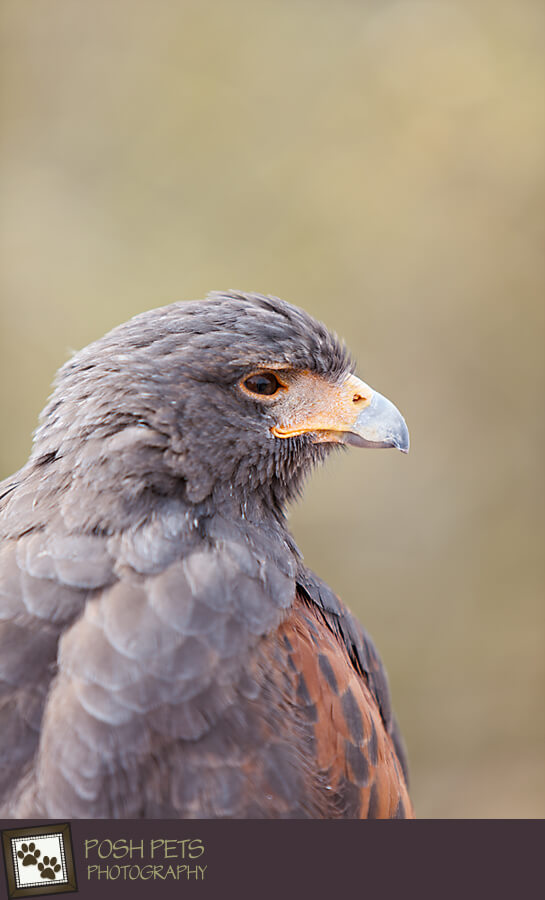 These were all beautiful birds and I would love to photograph some others! So, if you know any beautiful pet birds in need of a Posh Pets‘ custom portrait photography session, have their humans contact me!

Now, stay tuned for another blog post where you can enjoy some of the other wild animals of the South West!