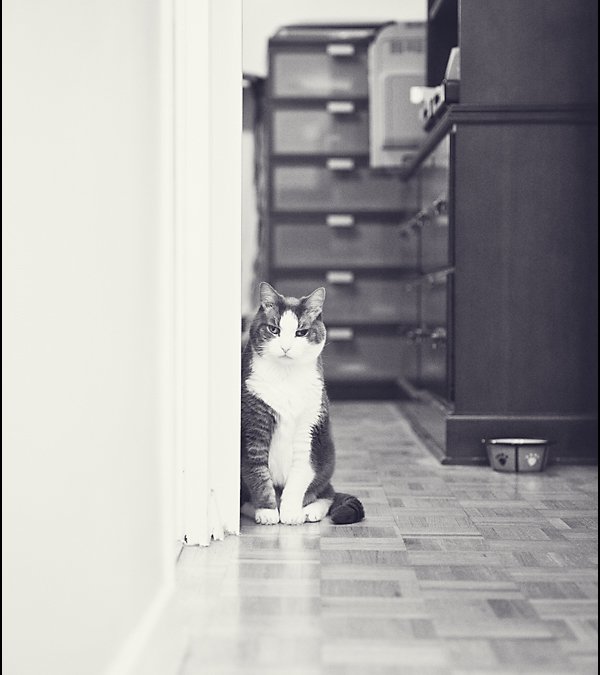 For this week’s theme we were encouraged to capture “the kitchen” as it was our pet’s “favourite place” because they know “delicious food will be served there”.  Images of them eagerly waiting their meals were encouraged.  So, here is a behind the scenes look at how dinner is served in the Posh Pets‘ household.

As most of our blog readers would know by now, we have two cats.  Lady Jane is 16.5 years old and rules the roost. Baxter is a laid-back 3 year old who views Lady Jane as his entire world. Through this relationship, they have taught each other things. One of the pieces of knowledge that Lady Jane has imparted is that we do not drink in the kitchen. This is a tradition that began with Ripley who, in his later years, loved water. So, we ended up putting an extra bowl in the home office which brought him such joy! In fact, he would rarely drink out of the very full, very fresh water provided in a lovely bowl in the kitchen. After he passed, Lady Jane quickly took up Ripley’s legacy and pretty much only drinks from the water bowl in the office as well. She has since taught Baxter this behaviour, and we now have a water bowl in the kitchen that rarely gets used in favour of the one down the hall.

Unfortunately, Lady Jane was very recently diagnosed with renal failure. We are trying to make changes to her diet and she is reluctantly taking her medications. As a result, she has recently also decided that we rarely eat our breakfast, lunch and dinner in the kitchen. We now will consider them in the office. Given her condition and the fact that we need to ensure she gets enough calories (she has lost quite a bit of weight), we have acquiesced. So, here is Lady Jane patiently waiting for her supper to be delivered to her (not in the kitchen…see her water bowl there). 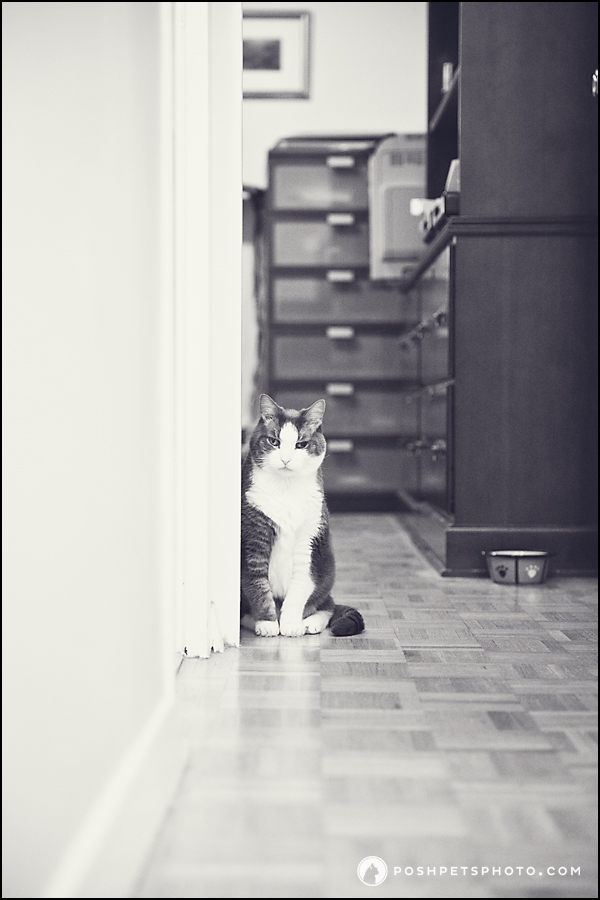 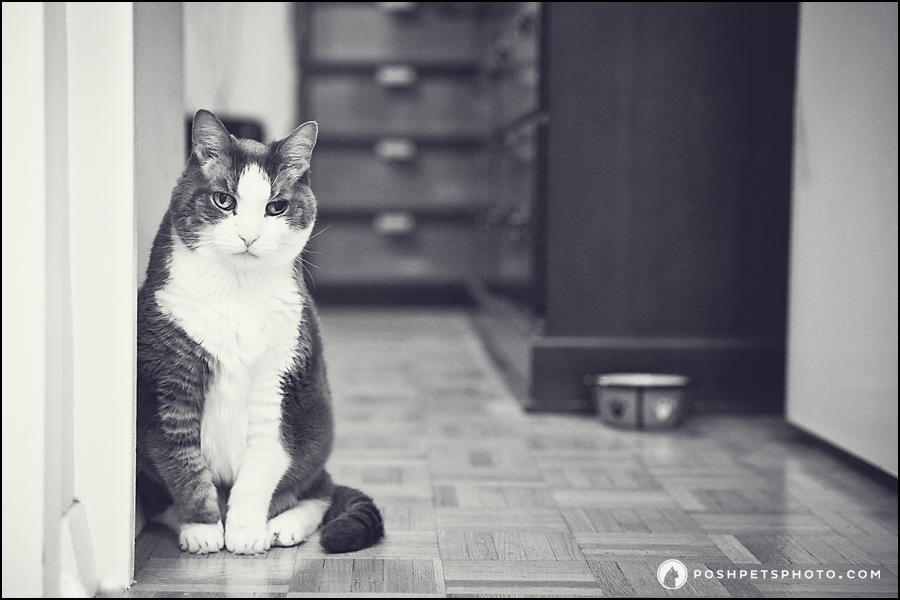 Because of Lady Jane’s condition and the fact that she is a very picky eater, she is getting fed multiple times a day. Baxter, on the other hand is still being fed only at breakfast and supper. He is being a very patient, somewhat obedient boy, and he never pushes her away while she is eating. He is, however, a little confused as to when he will actually get fed. So, now when I prepare any type of kitty food in the kitchen, he tries to figure out if it is his turn as well. Which means he needs a better look at what is happening on the kitchen counter. He knows he is not allowed on the kitchen counter, so he simply hops up on the piano just outside the kitchen wall and peers around to watch me rather intently. If he sees me preparing two bowls and things generally look good, he will hop down and eat his meal (which was always just outside the kitchen anyway). 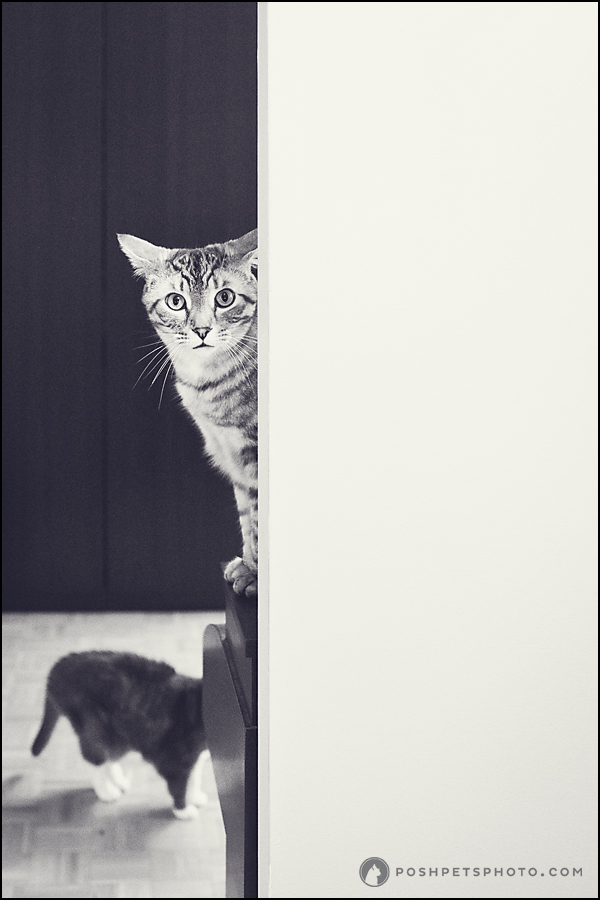 So, there you have it! Our kitties waiting for their dinners…none of which actually happens inside the kitchen! So, we sort of completed this weeks assignment.   😉

This is the Beautiful Beasties blog circle, so there are lots more behind the scene’s antics to be had. Please start with this link to Petlense Photography’s Lina Tay and see what goes on in her house!