If you have been following the Posh Pets’ Facebook page, you know that we have welcomed a new furry face into our life. Baxter is 2 years old and a beautiful grey tabby whom we adopted from Toronto Animal Services (North Region) on November 12, 2012. It has only been 2 weeks and yet I think we could not have chosen a better companion for our 15.5 year old Lady Jane. 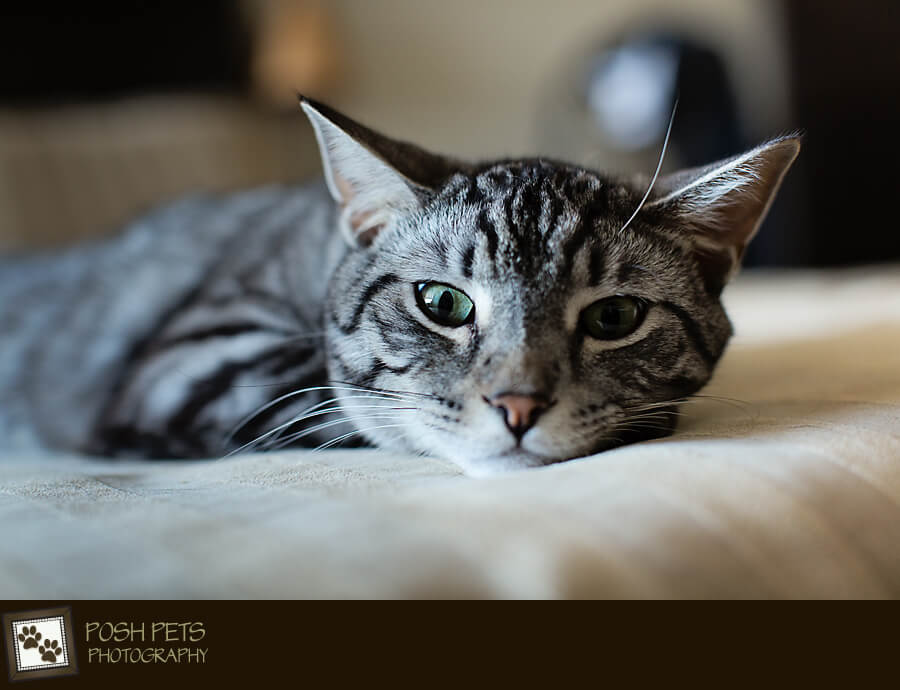 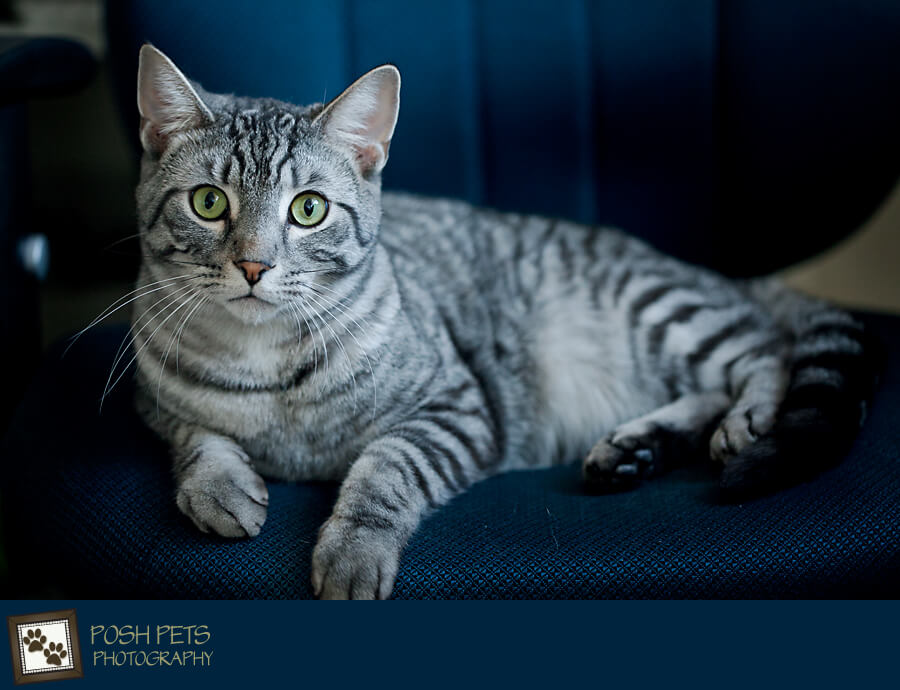 For the benefit to those who do not know, Ripley (who was our 17+ years old orange tabby) passed away at the end of May. For the first four days, Lady Jane did nothing but sleep…I believe she was mourning the loss of the companion she had known all of her life. Together, the three of us slowly made adjustments to a new routine that did not involve Ripley. But for Lady Jane, this meant she no longer had a playmate or simply another feline creature to interact with. We, therefore, became her only source of companionship. Daily, she would holler at us to come to sit on the bed with her and would have been thrilled if we could simply nap there for hours. Of course, as much as I would have liked to some days, that simply was not practical and we came to realize that Lady Jane needed a friend.

When we discussed the possibility, my husband had two requirements: he wanted a male cat (he thought Lady Jane would accept a male more easily than a female) and he wanted him to be cuddly so that he could pick him up (as he had done with Ripley). I wanted a cat whose personality would mesh with Lady Jane’s, for I refused to put her in the position of being uncomfortable in her own home. We both agreed that whoever he was, he would be adopted from a shelter.

Fortunately, I volunteer once a week at the Toronto Animal Services and therefore see my share of kitties all looking for forever homes. But, I would return week after week with no one special having caught my eye. That was until I met Baxter (who had been given the name Horatio upon arrival at the shelter).

Baxter was in the “bubble” at the shelter which meant he interacted well with other cats. Unfortunately, his bubble mates were both females and one, in particular, was a bit of diva – she would walk up to Baxter and swat at him. So, he spent a lot of his time hiding the walls of the shelter (there is a little space just big enough for a cat to squeeze through – the timid ones will find their way in there). He also sneezed. A lot. But, when I or any other person came into the room, he would eventually come out from his hiding spot and greet them. So, he passed the first test: he was male. And the second question was answered when I picked him up and he nuzzled my neck. However, as you can imagine it is not easy to tell the personality of a cat by spending a few minutes with him, especially as Baxter seemed to have a rather difficult relationship with the females he shared the bubble with. But, I did notice that he simply retreated as opposed to becoming aggressive – I never saw a swat, heard a hiss or any other such things – and it was enough to get me thinking…perhaps he would be the one.

I returned home and told my husband about him and showed him the pictures I had taken. He agreed that he was a beautiful cat and when I told him that he liked to cuddle, we made arrangements to return that evening.

It didn’t take long. Dean picked Baxter up and cuddled him. Baxter sneezed. And I talked to him about what type of home he might come home to. Within 10 minutes, my husband said, “let’s take him home”.

Many have asked how Lady Jane has adjusted to the new “man” in her life. Well, Baxter has won her over. The first evening when he arrived, he was greeted with curiosity and then low throated growls as Lady Jane told him that he was not welcome. But, he held his own for Baxter was not afraid. He simply lay down calmly at a nice distance away and ever so slowly closed his eyes. If you know anything about cat communication, that was a signal that he was not about to become an alpha cat and he was really no threat. He would yawn, turn his head away, and even showed his belly…all in an effort to make friends.

By the third day, Lady Jane was no longer growling when she saw him and Baxter and her could sleep together on our bed. I suppose that is why Baxter thought he should take their relationship to the next step – he walked up to her, sniffed her, and then kissed her! Well, he got a growl and a hiss for that (and rightly so for being so forward, so early in the relationship)!

Two weeks later, Baxter is a new man. He no longer sneezes (we think it was simply the dust from the walls) and he got a clean bill of health from our vet! Everyone who meets him wants to take him home with them and it is amazing to us how different he is from the cat we met at the shelter. The Baxter we know is full of energy and loves to play and run and jump and is not at all bothered by the fact that he still gets the odd “warning” from Lady Jane when he takes the play too far. He simply wants to be friends with all he meets – human or feline – and has a lovely personality to do so. He’s even gorgeous when he sleeps and has an innate sense to turn his head to the light to be photographed 🙂 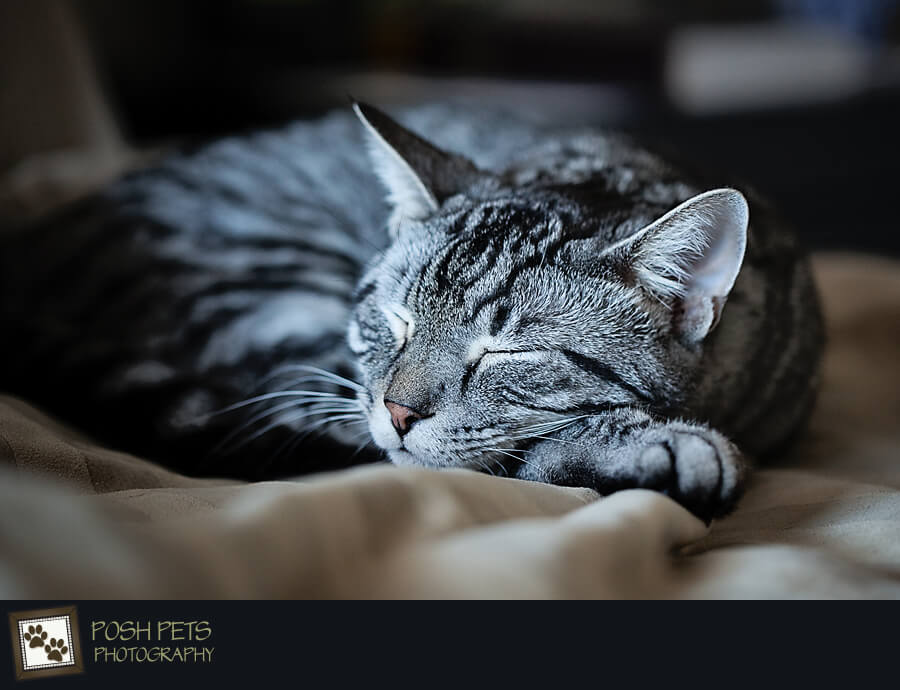 We love our boy – and love seems to be the only thing that Baxter wants. Given that Lady Jane is approximately 85 years old and Baxter is 24 years old in human years, we are so happy that things have gone so well. Lady Jane is his girl and he follows her everywhere, even waiting patiently outside the litter box while she does her business. (I’ve told him he has to learn to give her a little privacy.) As my mother says,”if at Lady Jane’s age you can get a 24 year old to be that into you without the help of surgery…well, kudos to her!”

Yes, Baxter has come home. And, it is forever. 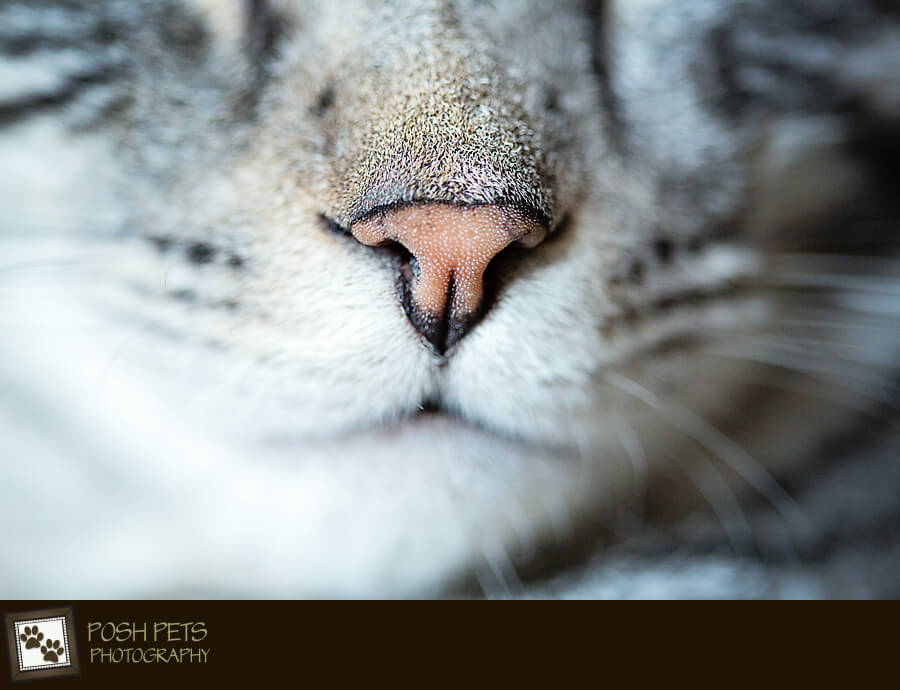 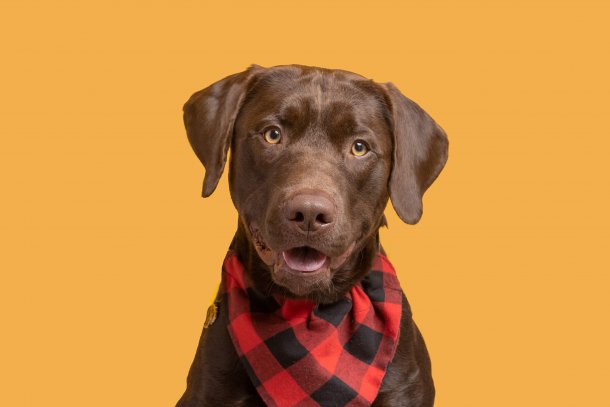