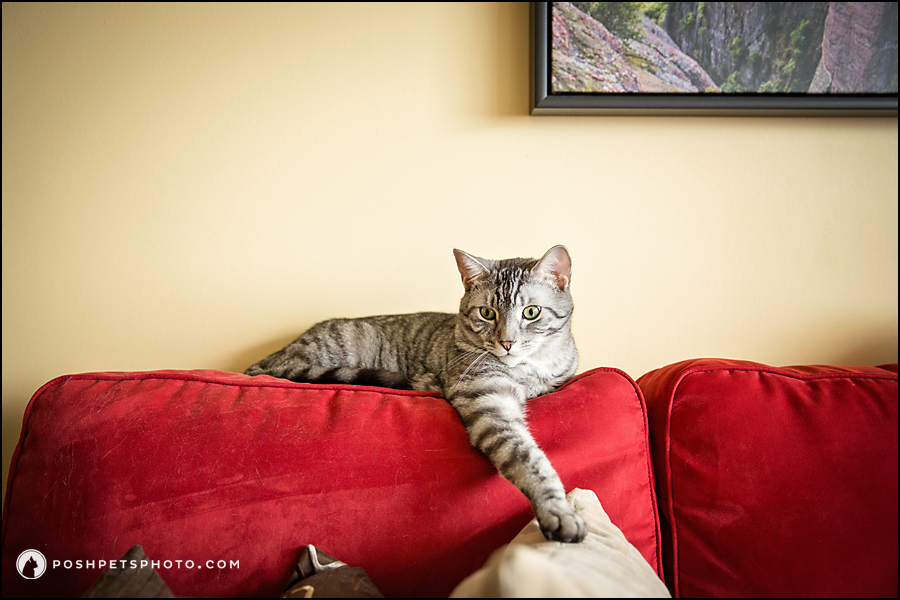 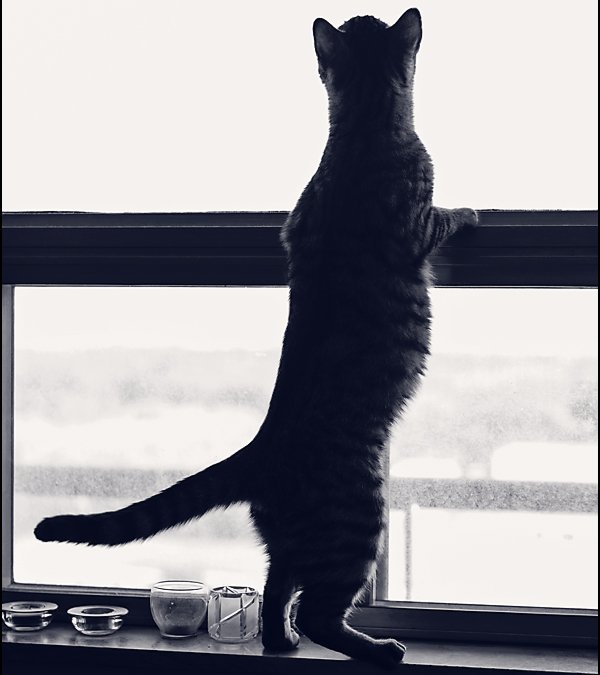 So…we had a visitor in our house this week. Although neither my husband or I knew it, Baxter had it all figured out.  He was fussing about, looking intently at the window. And then he simply got on the ledge to take a better look. I looked with him. Nothing. Baxter gave me this look of, listen, I am not the crazy one here. So, I looked again.

Well, right at the top of our window, behind the blinds was a tiny ladybug. How Baxter heard or saw her, I just don’t know, but he stood there looking up until we caught on.  My husband carefully caught her and set her free outside and Baxter was satisfied.

And yes, through it all I took a few images. My kitty silhouette for this week’s Project 52 theme. 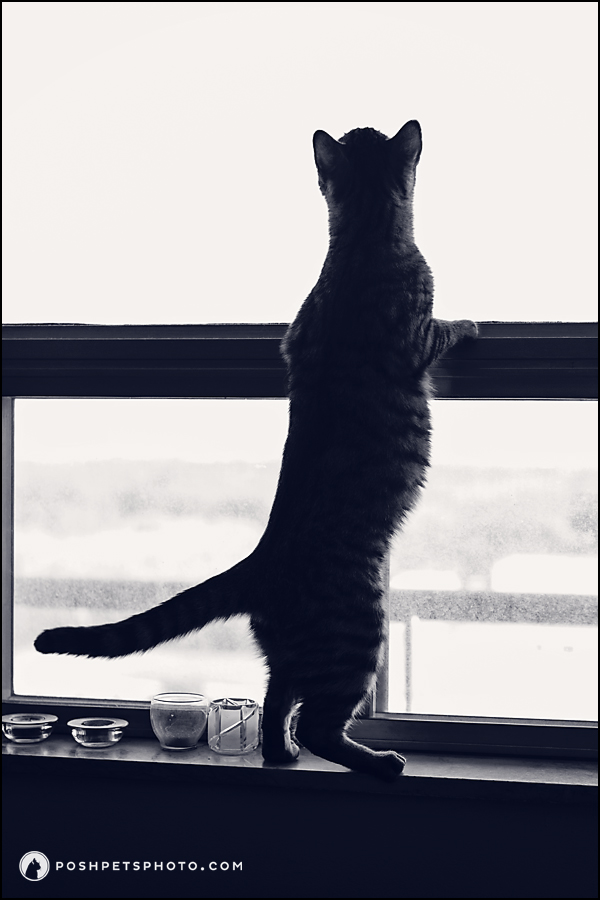 Next in the blog circle is Blue Amrich Studio in Massachusetts. Please check out her work and the rest of the talented pet photographers around the world! 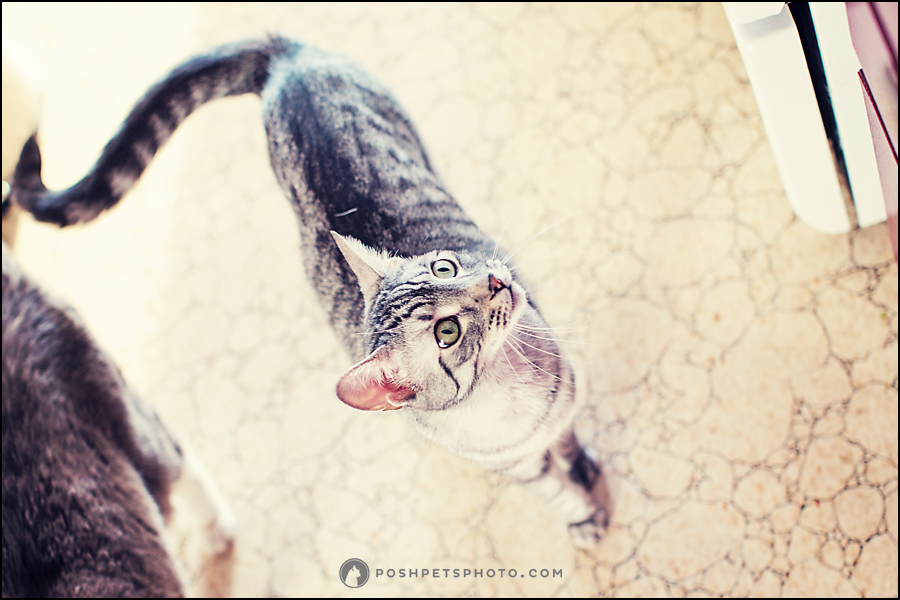 This week’s theme was to show the look of “Feed me!”

Well, I took these early on Sunday morning. About 6:30 a.m., which is when normal people (those without pets or kids) get a day or rest and sleep in. Unfortunately, Baxter has not yet learned to use a calendar, nor does he understand the word “weekend”. So, he is sure to get us up every morning, rain or shine!

Lady Jane has lived with us for 16 years now, so she is pretty convinced that breakfast and dinner arrive at prescribed times every day. In between, there is ample amounts of dry kibble and water, so that no one starves. Baxter, on the other hand, is new and is therefore sure that we have forgotten, are currently in the process of forgetting, and/or will forget sometime in the future that he needs food. In any case, he makes it his aim to ensure that we understand that breakfast and dinner are necessary to his existence and that he would be really grateful if it was served quickly and efficiently. Thus, every feeding session begins the same way…

The troops gather in the kitchen as I get their bowls ready and prepare their food. Baxter is front and centre, but that is Lady Jane in the bottom left. She is no fool – she knows it is breakfast and she has no intention of missing out. However, she will will watch while Baxter goes into full i-am-so-starving mode.

As I am not getting it nearly quickly enough, Baxter climbs up for a better look. I think he is trying to figure out what he can do to help me, as i am quite obviously having trouble dishing it out in a timely manner. 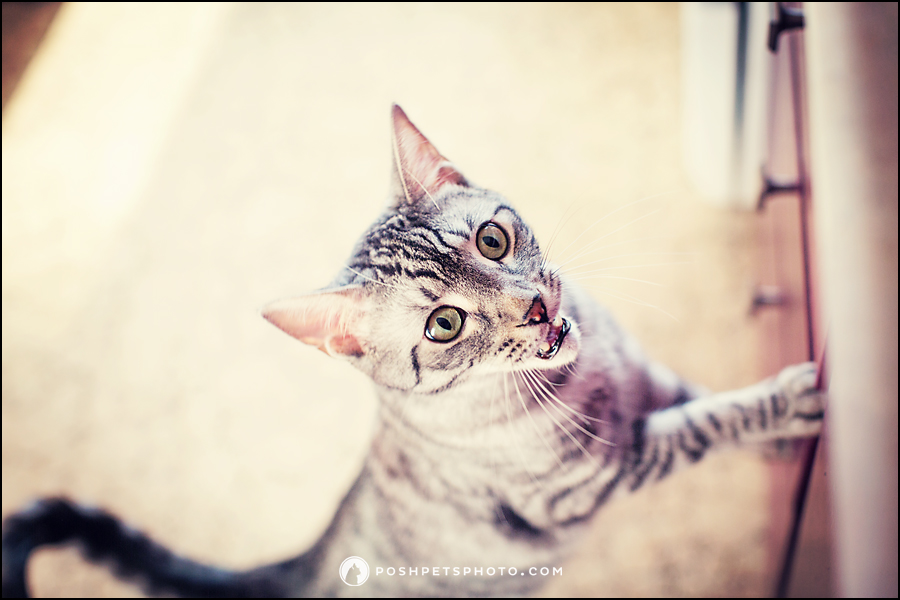 Yes, that is his left paw resting easily on the knob of our top drawer. He can actually reach our counter top while keeping his back paws firmly planted on the ground – he is that tall! 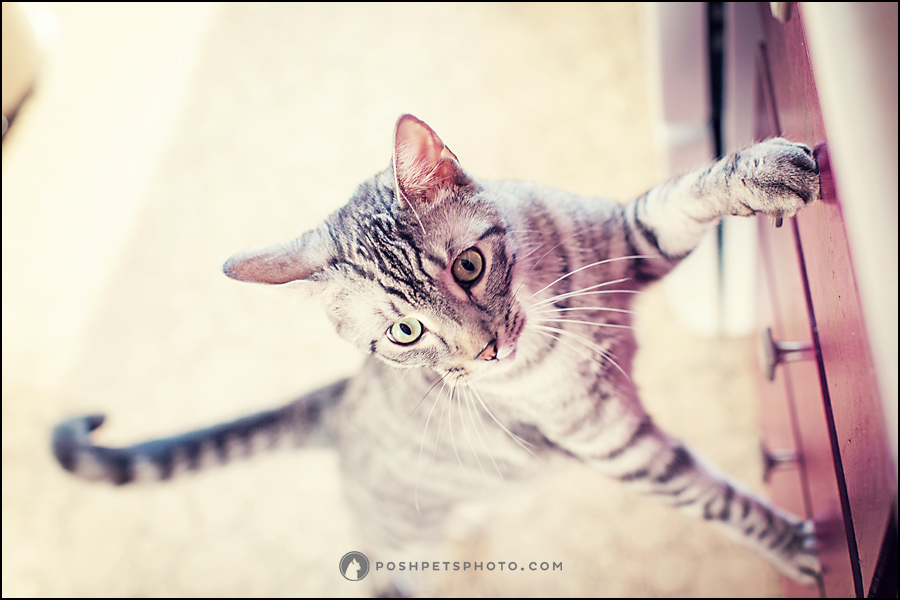 And finally, when breakfast is served, the clouds part, the sun appears, and angels can be heard singing. All is good and wonderful and right in the world. Until supper time when we do it all over again. 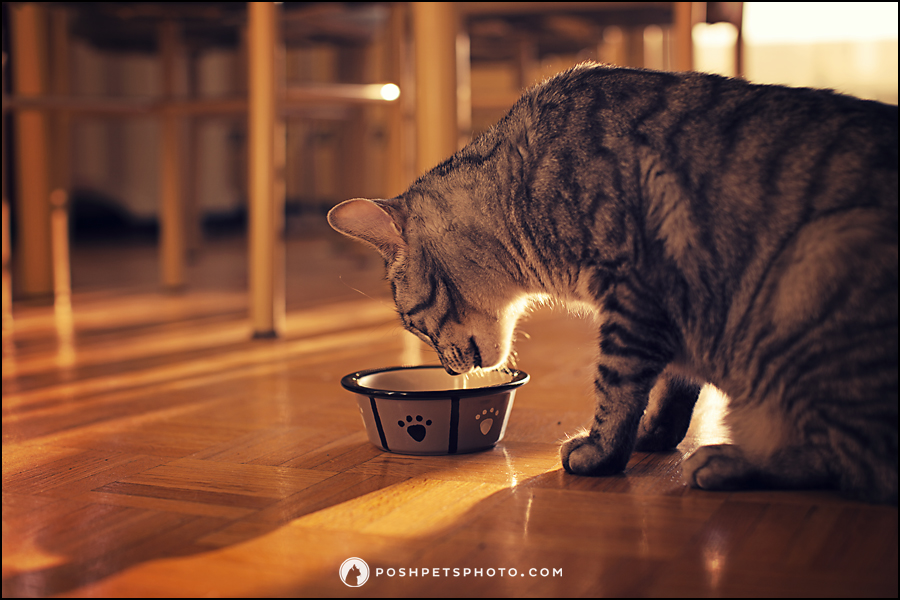 This is a blog circle which means that a worldwide collection of pet photographers have all interpreted this same theme. To see the next photographer’s images, please check out Tracy Sutherland Photography in Squamish, BC, Canada. From there, you can follow the circle all the way around until you end up back here! 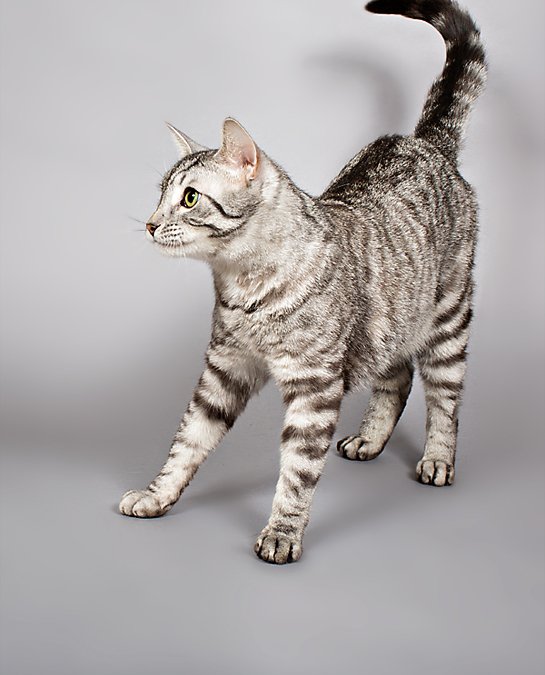 This week’s challenge was to show off some texture.

One thing that I love about Baxter (among other things) is his amazing fur! It is so unbelievably soft, and along with his wonderful personality he is one gorgeous snuggle bum. For a challenge involving texture, what better subject than my beautiful boy!

And so, here is Baxter showing off his silvery, shimmery self – just look at the texture in that coat! 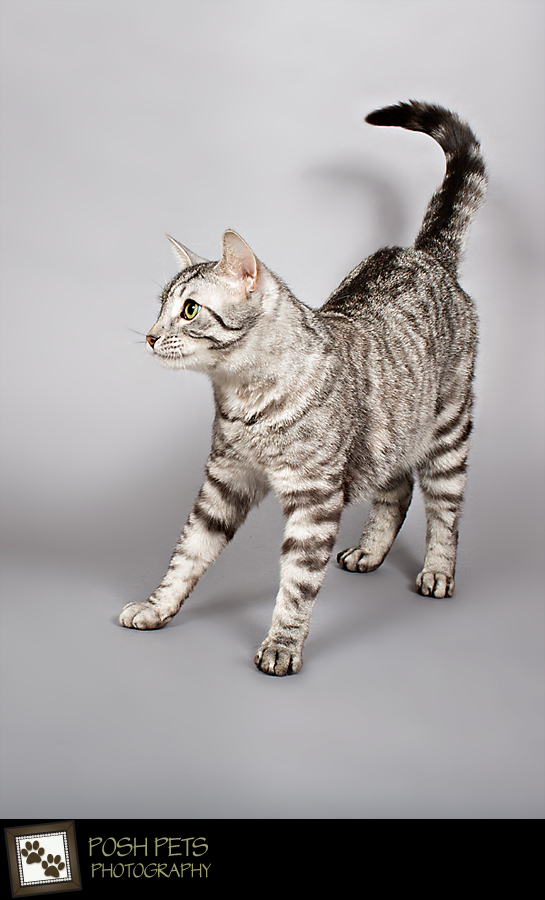 Next in the blog circle is Denver Pet Photographer, Deanna Hurt at StinkDog Photos. Please take a look at her texture theme for this week. 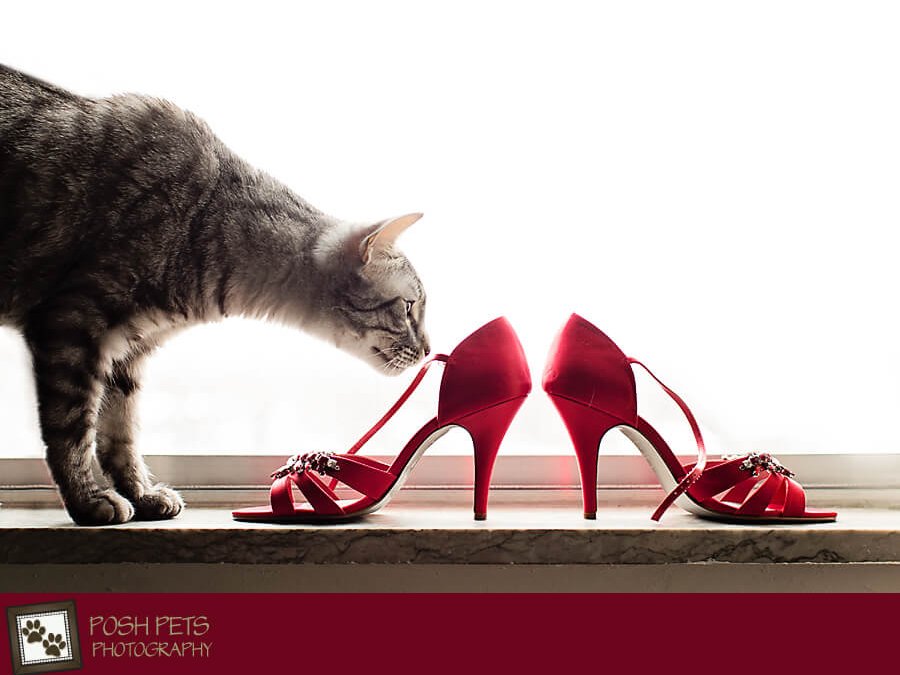 When we were asked to incorporate shoes in our image this week, I knew exactly what shoes I would use! These are my fanciest, blinged-out, look-at-me-I’m-wearing-sexy-red-shoes pair that I own. They are beautiful and they make your leg look awesome!

Only one problem. I’ve never worn them.

See, I bought them on a whim. They were beautiful and, as I recall, they were part of an amazing sale. Unfortunately, they were, and are, the most uncomfortable shoes I have ever bought. My foot cramped up in the store just trying to get them on. For some reason though, I convinced myself that all of that would change if I brought them home and walked around in them. But, that didn’t happen. So, they sit in my closet, in a box on the shelf, looking sexy.

However, not all is lost. As you can see they photograph beautifully. And as an added bonus, when I brought them out to photograph them, my husband naturally asked, “When did you get the new shoes?“.  At which point, I could truthfully reply that I have had them for years.   🙂

Baxter, being a boy, thought they were pretty sexy too. So, here he is checking them out… 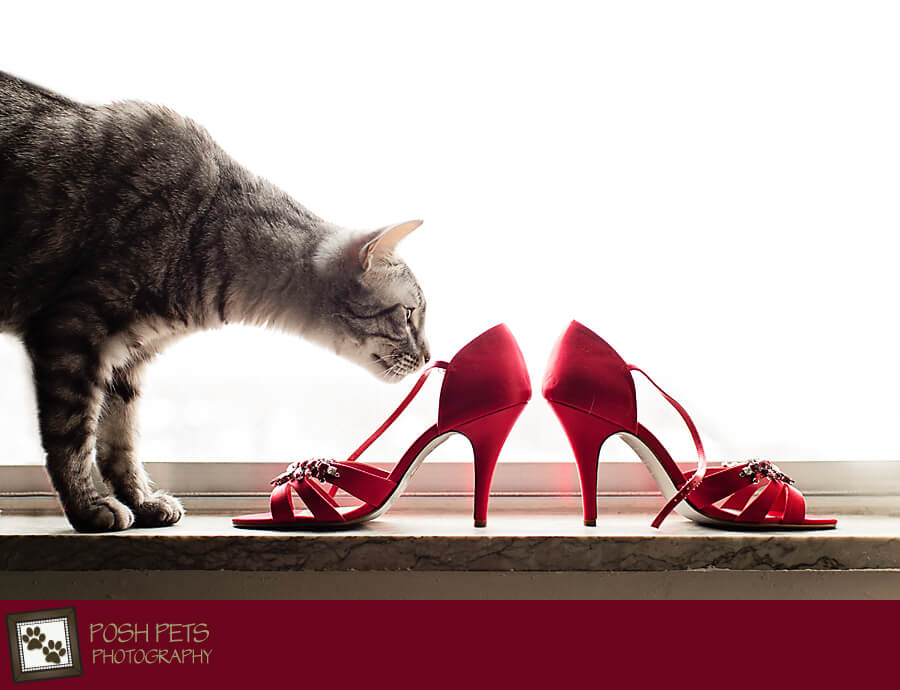 Next in the blog circle is Tracy Sutherland Photography in Squamish, BC, Canada.  Let’s go and see what happened to her shoes this week! This week we were to try and perfect a new technique that would help ourselves and others in their photography. I decided to look at flash photography and to make it simple, I had two requirements: my source of light could only be a speedlight (no studio lights) and the flash had to remain on the camera. There are tons of other techniques using (multiple) studio light and beautiful images are achieved with off-camera flash, but I wanted to see how pleasing a light I could get with just one speedlight on my camera. In other words, something anyone could do!

Truthfully, I have never been a fan of flash photography for pets. Like a lot of people, they don’t enjoy being hit with a bright light and for some, it can really scare them. However, there are times when there simply is not enough quality ambient light and the photographer must supplement it.

For this exercise, I used my favourite boy, Baxter. Given that I was going to use quite a lot of flash I waited until he was napping (you will see in this series that he did not hardly stir during the whole process) and I tried to remain relatively in the same place.

So, here is the first attempt with the flash pointed directly at Baxter. Predictably, using a flash in this manner produces a rather harsh light. Fortunately, Baxter’s eyes are closed, otherwise, I surely would have blinded him. The flash lit up his face and everything else faded to black, creating an almost ‘natural vignette’. I was actually surprised at how much I did not hate this image, but as you can imagine, it would only work in very limited circumstances where you were after a certain ‘look’. 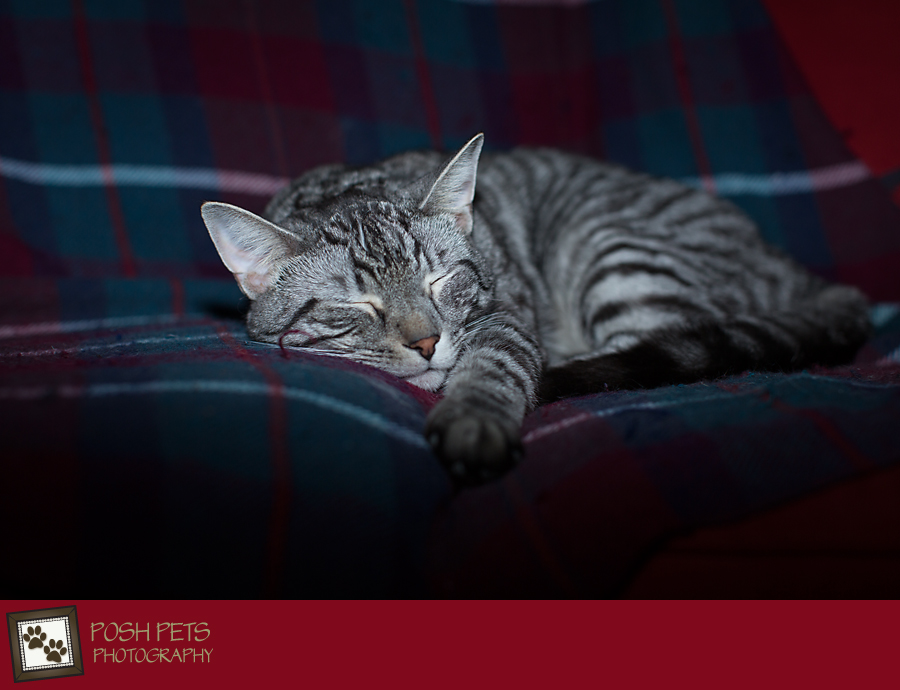 Here, the flash is pointed towards the ceiling. We often hear that we are to bounce the flash from the ceiling as ceilings are often light coloured and it spreads out the light a little more. I actually really did not like this look at all. The light is ‘ugly’ and is coming down on poor Baxter (who is still asleep). 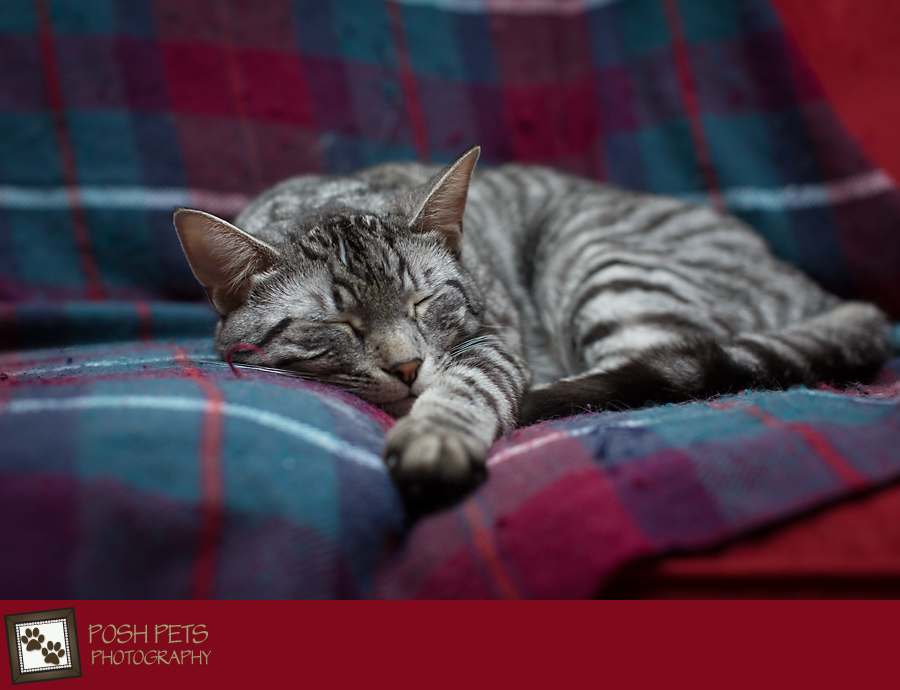 And here is the technique I use the most when I have to employ a flash on camera. It is pointed neither up or down, but is firing directly over my head towards the wall behind me. Granted, if you try this technique in a room with richly coloured walls, you will introduce a colour cast from the light bouncing back onto your subject. But in this case, it lit up the still sleeping Baxter and gave the illusion of the room lights providing the light in the image. 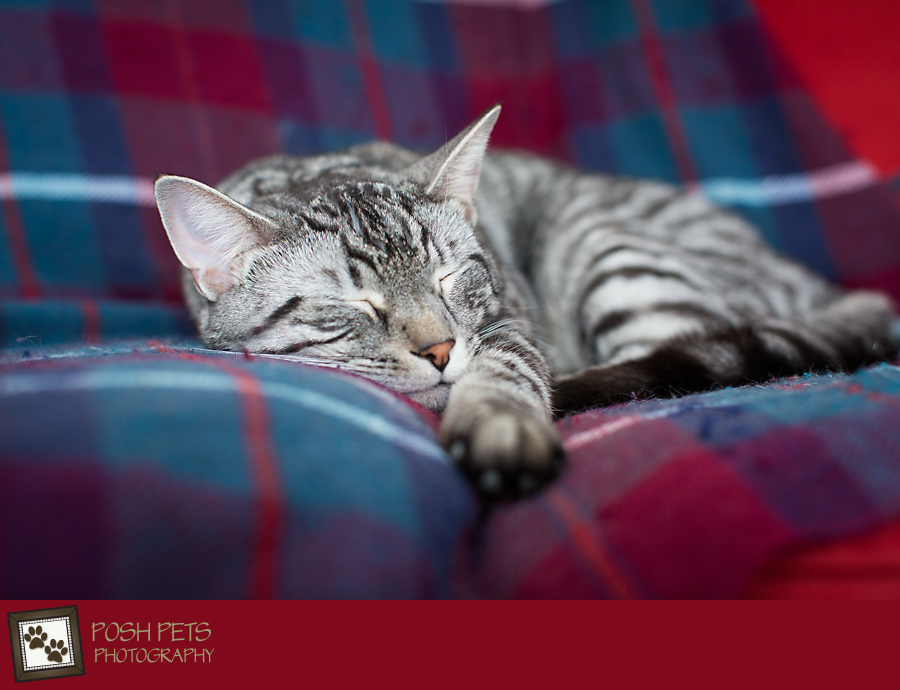 And then I took one more image, just because I love his little black paws. And yes, he is still sleeping. It must be the reason why he is so gorgeous – he certainly gets his beauty sleep! 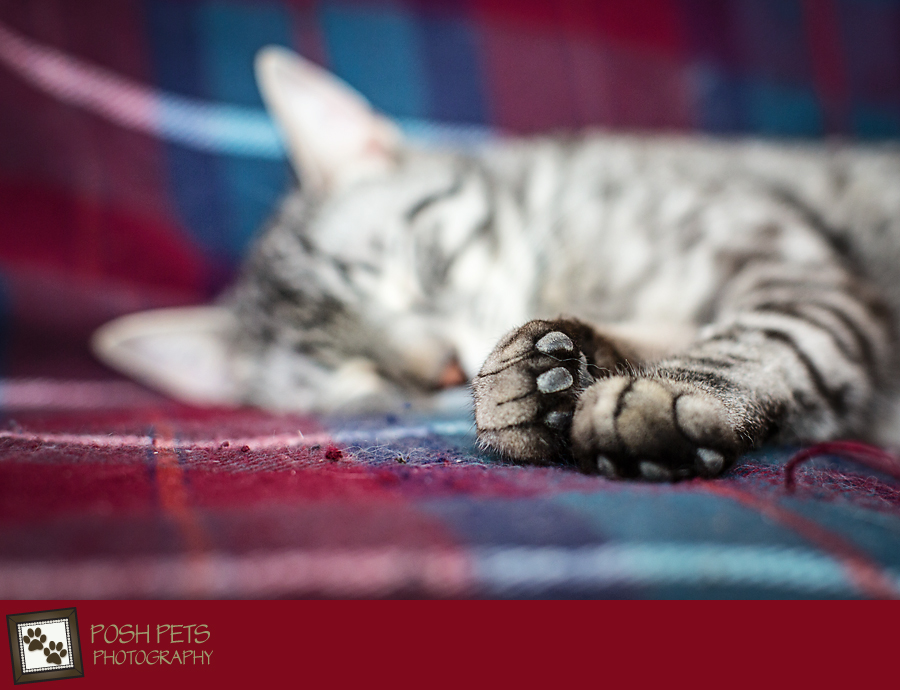 So, that’s it! As I said, so simple that anyone can do it…

Next in the blog circle is Victoria BC Pet Photographer Melissa McCabe of Unleashed! pet portraits. Please check out what new technique she tried this week and follow the circle all the way around until you come back to Baxter (who undoubtedly will still be asleep).