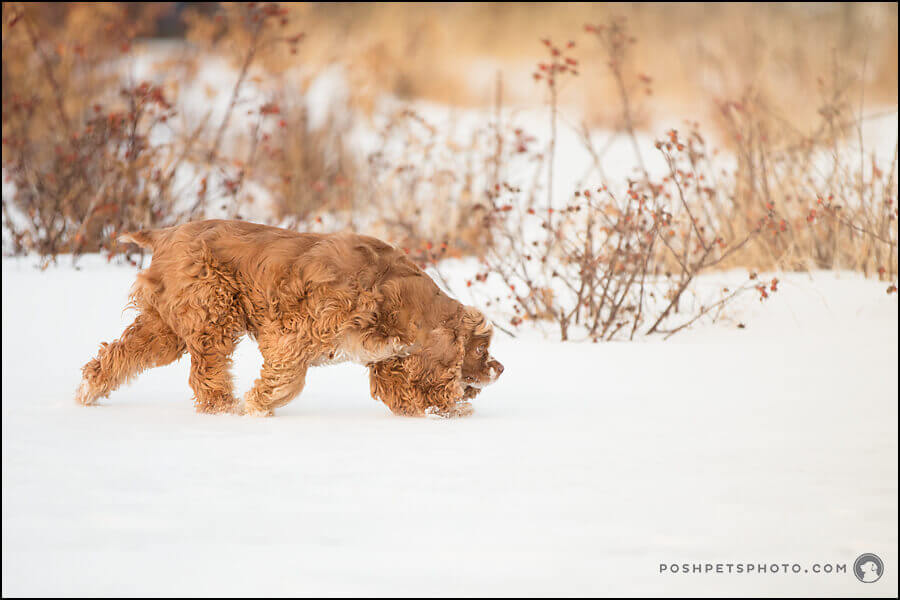 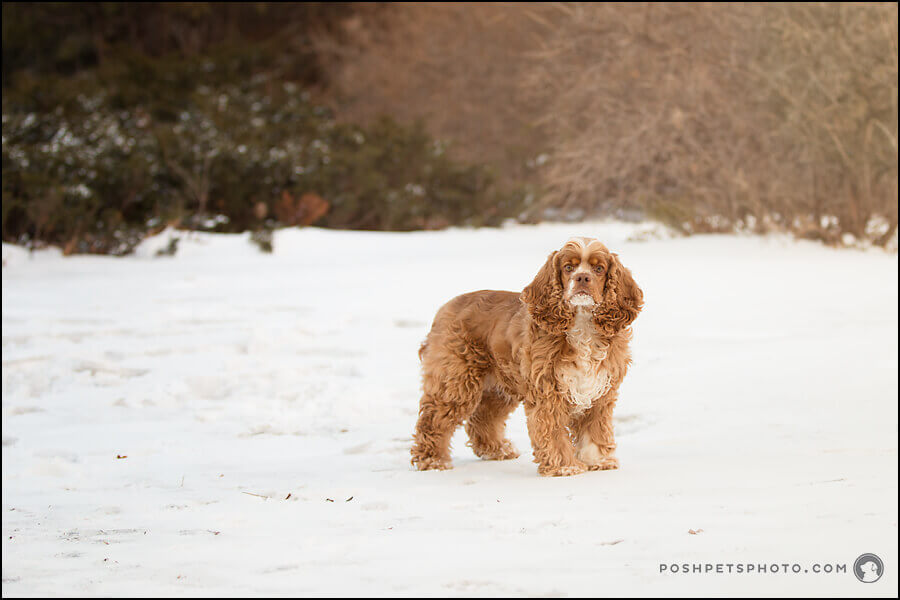 We did a crazy thing this past week – we travelled to Winnipeg, Manitoba.

Let that sink in for a moment.

We often refer to Winnipeg as Winter-peg because of its frigid temperatures, wind chill and copious amounts of snow and I can confidently say that the city lived up to its reputation. Before we went, people said we were crazy. And hey, maybe we were. But we are never ones to turn down an opportunity to travel and experience a new place, so we packed our bags and boarded the plane.

While we were there we were able to meet the hardy dogs of Manitoba. One of these was the lovely Charley. She is a 3-year old cocker spaniel with beautiful eyes and copper-coloured curls for days. She also travels everywhere with her family – she’ll be coming to Toronto this Summer – but I wanted to photograph her in her home and in her element.

So, on a very cold late afternoon in late January, we ventured outside to photograph Charley doing what she does…running and playing, and sniffing. We even got her to pose for a portrait or two. 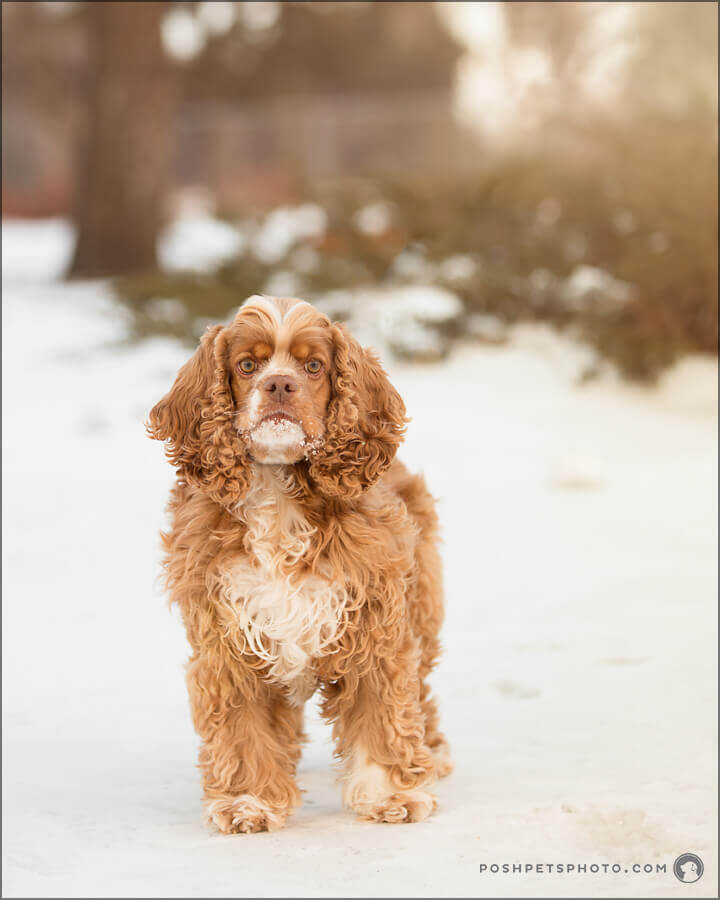 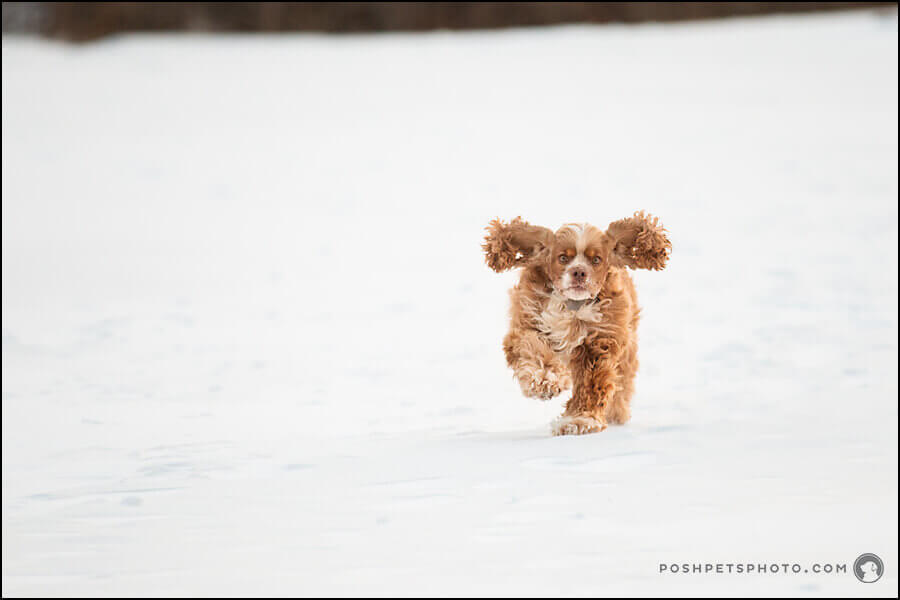 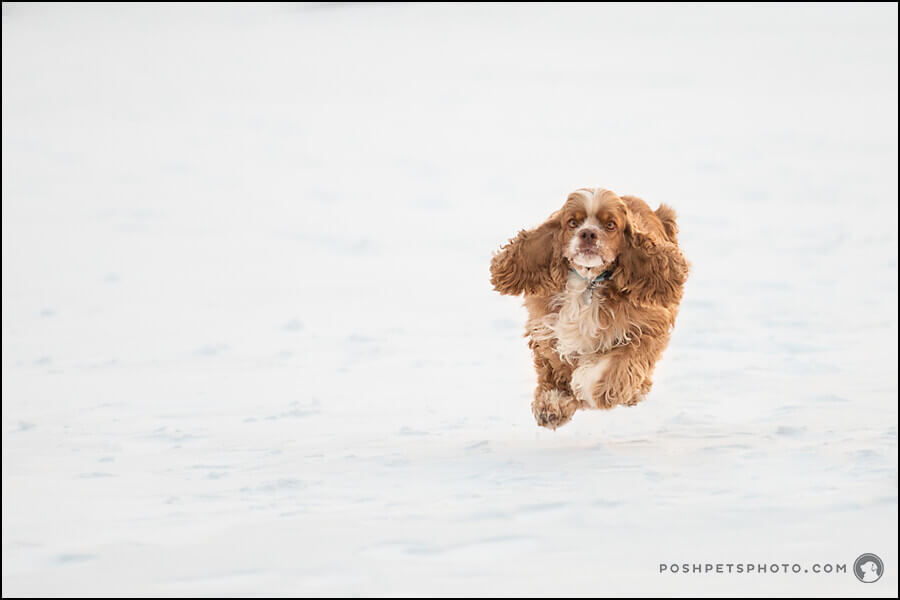 The success of any session often relies upon letting things go at the pace and energy of the dog. Charley loved the new location with all of its amazing smells. At one point, she was in full tracking mode. Rather than fighting that natural instinct, I worked with it and these are some of the favourite images her family has of her. 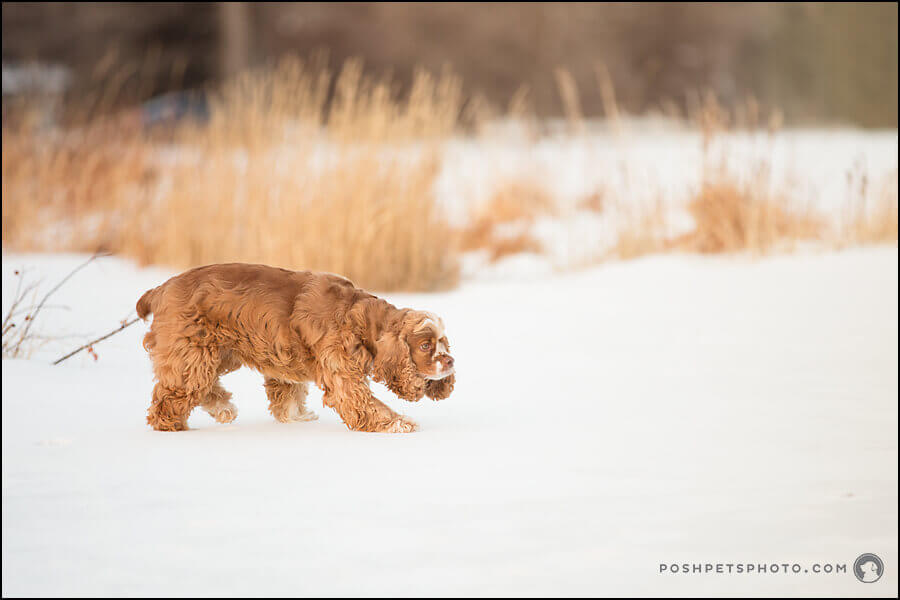 If you would like a Snow Session for your favourite pup, find the information below: It was a fine winter morning when the Posh Pets team set out to meet Sally, a beautiful corgi mix. At 13 years old, she was definitely a senior and unfortunately had developed some heart problems. That meant that she was moving a little slower and tired more easily. But, there was absolutely nothing wrong with her figurative heart! It literally brimmed over with love for her humans – and it was clear that they loved her dearly right back. In fact, Sally’s session was a gift from the family to her mom and dad because they knew what an important part Sally was in their lives. And so, we spent a lovely morning together capturing some beautiful images of a very sweet and happy dog.

All too soon, Sally passed away. Such a devastating loss to a family who loved her so much and in whose schedule she was very much a part of. I am told that she enjoyed many a car ride around town, sitting in the passenger seat, next to her Dad. She is mourned in the neighbourhood by the many friends (furry faces and humans) she had, and who now must find a way to cope with her absence. Sally was even famous – for she had been featured in a newspaper article not long ago. She will be missed because she made the live of those around her better.

Sally, you were truly loved and every day with you was cherished by those around you. Your mom and dad would brag about your intelligence and loyalty because they were soooo proud of you, and because, quite simply, they adored you. Your images are stunning and I know that they will continue to be shared far and wide. It was an honour to have met you and captured your sweet spirit. 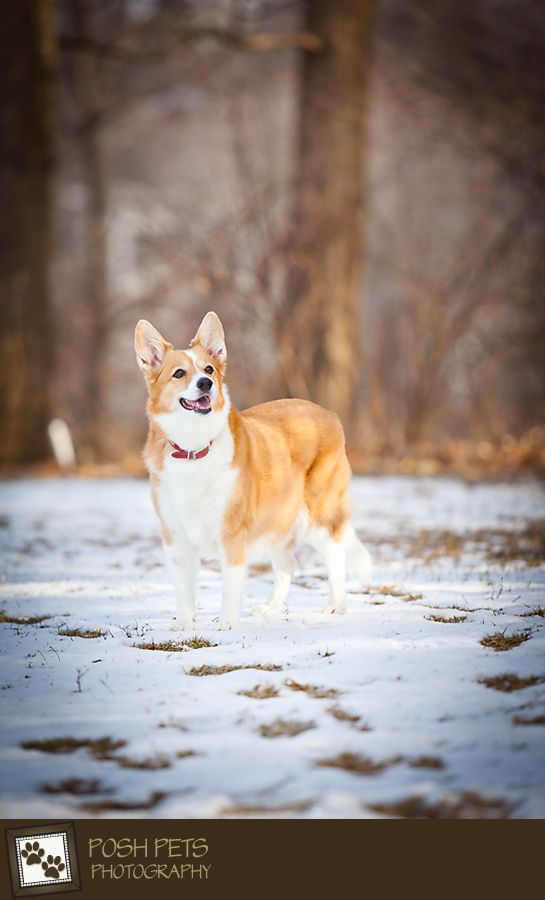 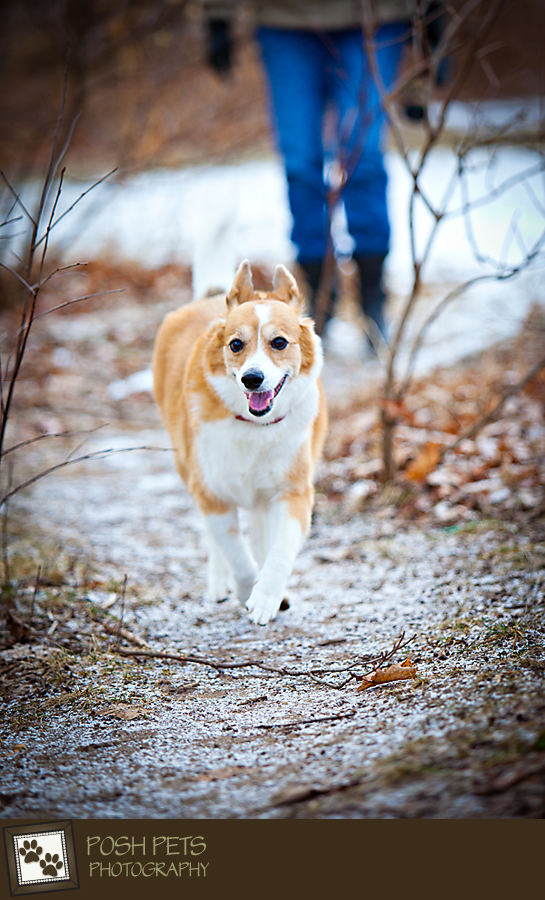 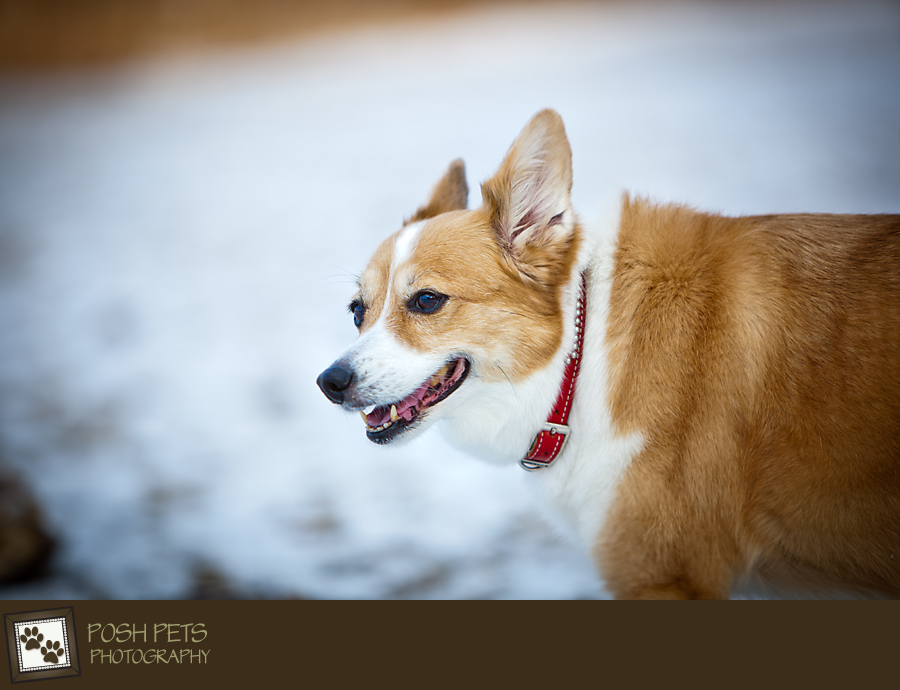 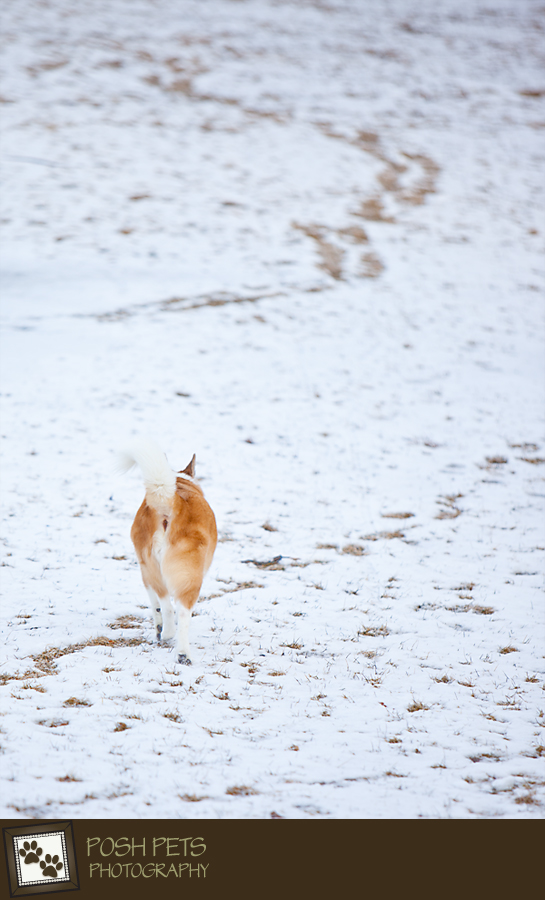