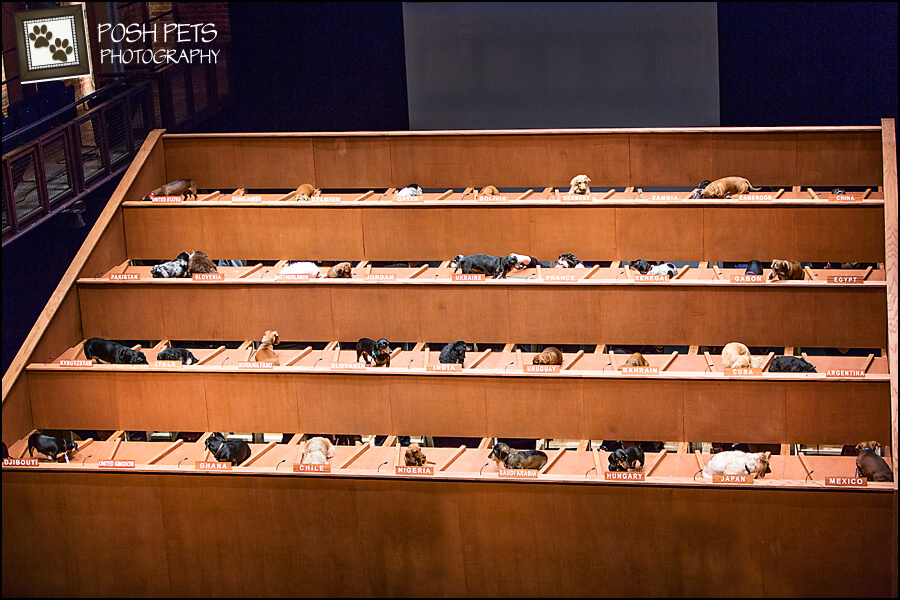 When I heard that Dachshund UN would be making its debut in Toronto, I was very excited! The thought of 36 doxies in a room … well, these are ideas that make a pet photographer happy! If you don’t know what all of the fuss is about, check this link here.

So, as you can imagine, on Friday, March 1, my husband and I showed up with camera gear in tow, to watch the 7 p.m. performance. The curtain rose and we were greeted with this scene.

The crowd applauded the appearance of these guys. The amazing thing was to see the variety and different personalities of the individual “delegates”. Hard to imagine, but those wee dachshunds were able to interact with the crowd – albeit a wiener-dog crazy crowd. Who knew that so many people could be enthralled with simply watching dachshunds being themselves.

The first to be noticed was Mexico. Sitting, ahem, standing in the front row, he had tons to “say” to anyone who would listen. He was definitely the most vocal of the entire group! 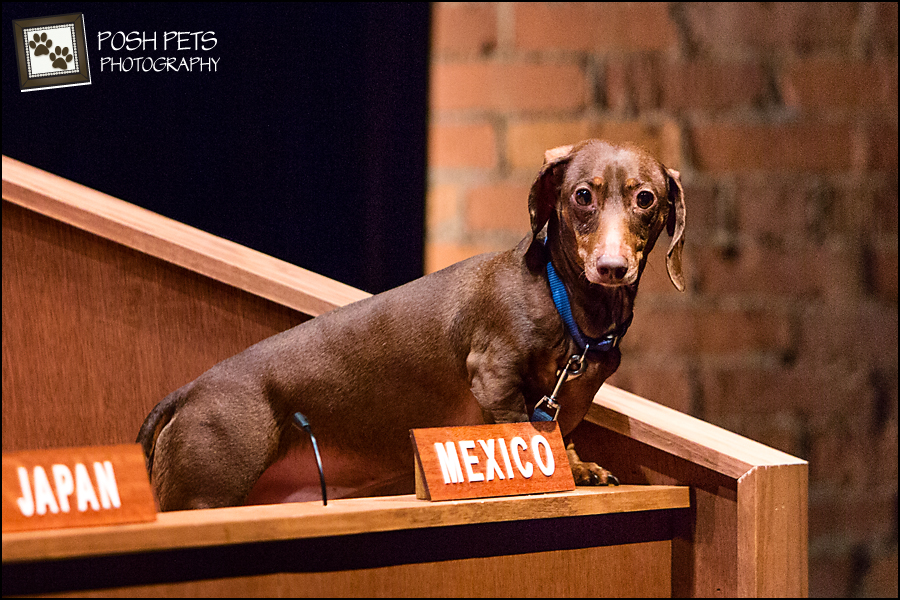 Then the guy from Chile raised his head. He was the largest of the group and situated front and centre, he was hard to miss! 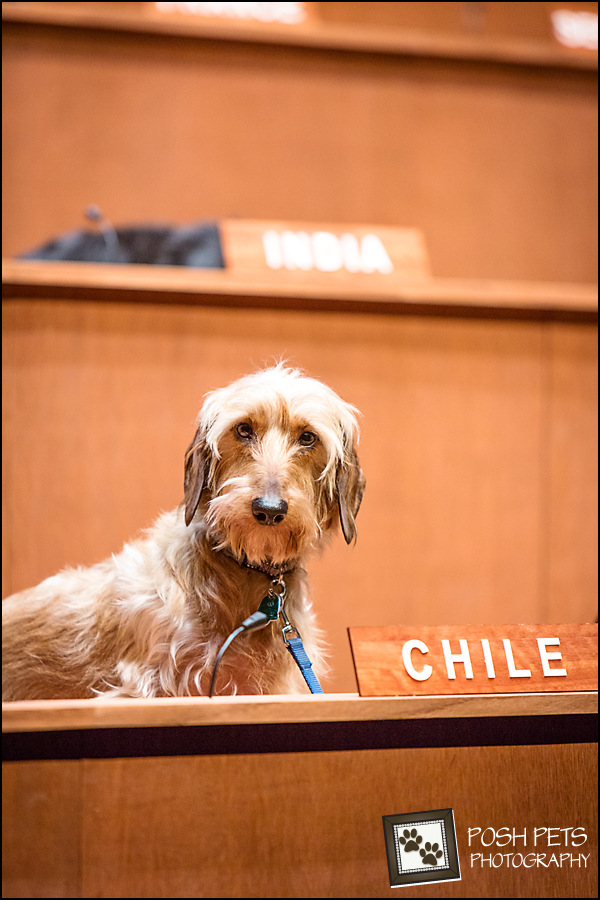 This little guy representing Ghana was Simon. This much I learned from the lady standing in line with me as she was oh-so-proud of her grand-doggie as he did so well!

The delegate from Italy was a quiet, beautiful soul. I loved her coat and colouring! 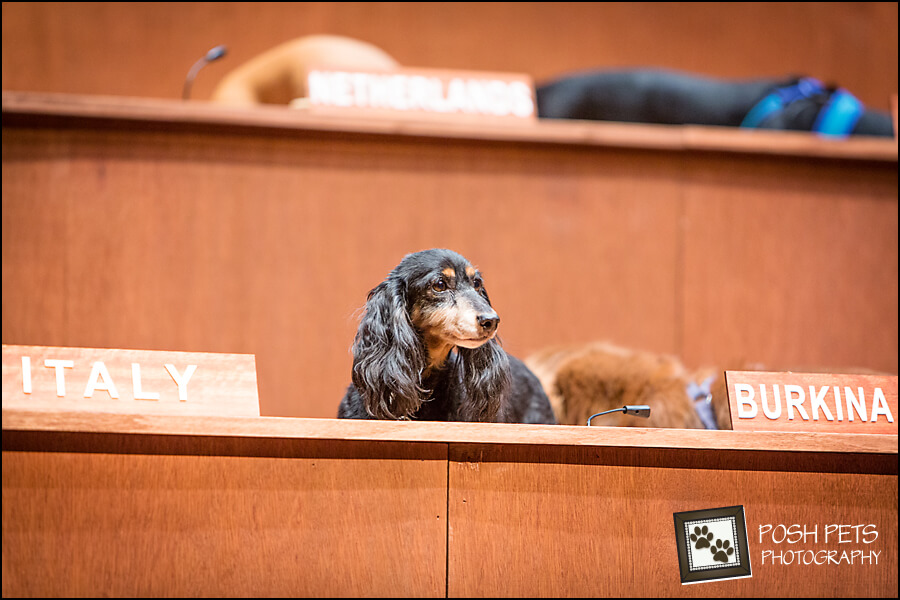 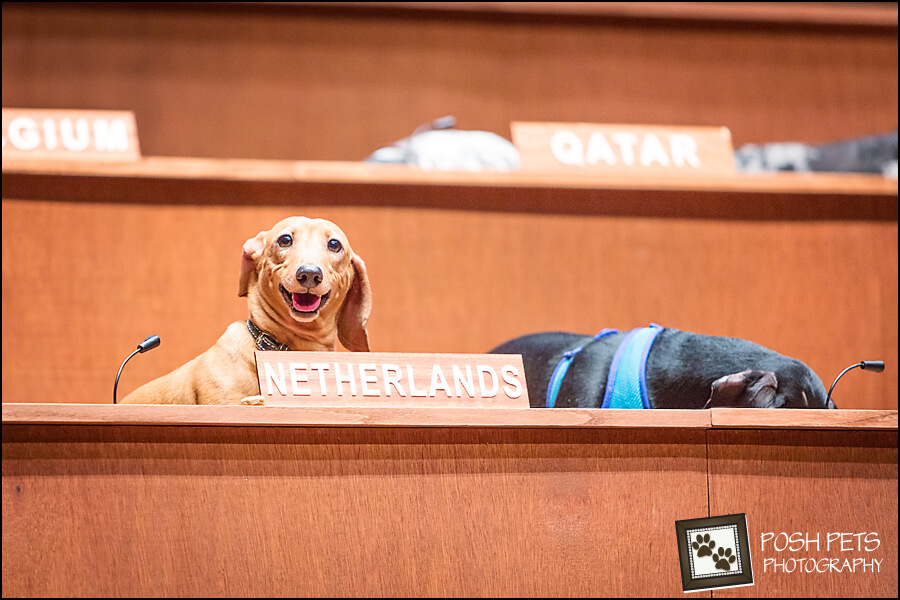 …and shared the joke with Zambia (look at that face – he had it all evening!)

I caught the delegate from Argentina napping (I wonder if this happens in ‘real’ UN sessions?). 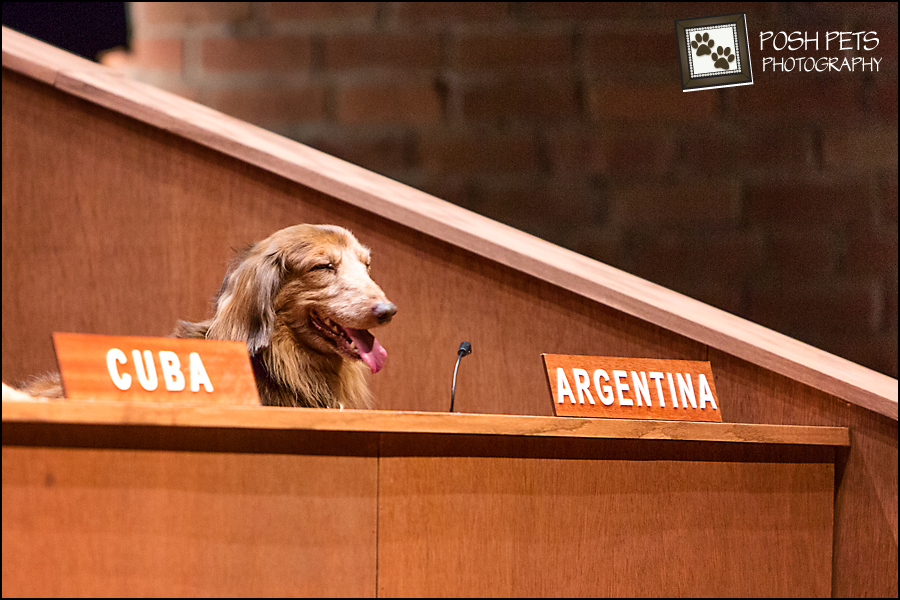 But, Kyrgyzstan was alert and eager to follow what was happening around them. 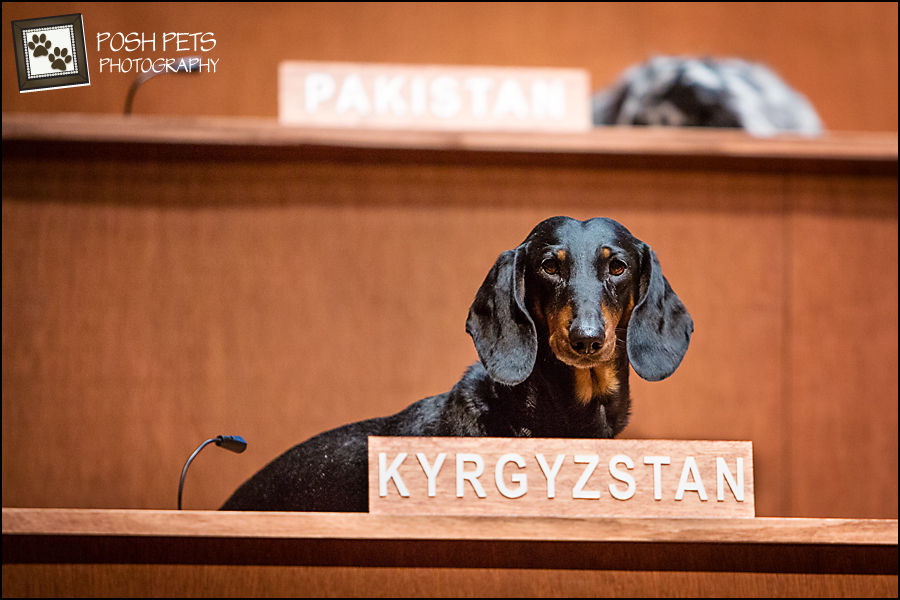 Slovenia listened thoughtfully while others “spoke”. This little guy stole my heart with his quiet, gentle demeanour. 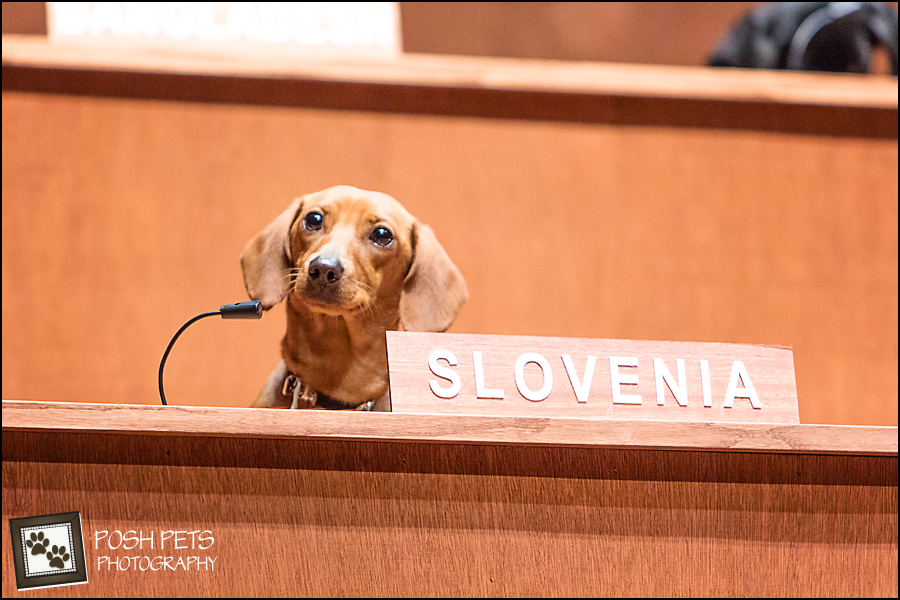 But, the most gorgeous award has to go to Cuba. Whoever owns this gorgeous pup…thank you for sharing him or her with us!

That’s a brief round-up of the highlights! I have so many other images to go through and I will try and share some of those in the coming days. And I have to apologize, I do not know if the delegates were boys or girls – I simply picked a gender on what I thought they looked like.  If anyone knows these pups personally, please let me know and I will definitely update!

In the meantime, today is your last day to get down to Harbourfront and see these dachshunds for the last time! The performance begins at 2 p.m. and admission is free on a first come, first admitted basis.