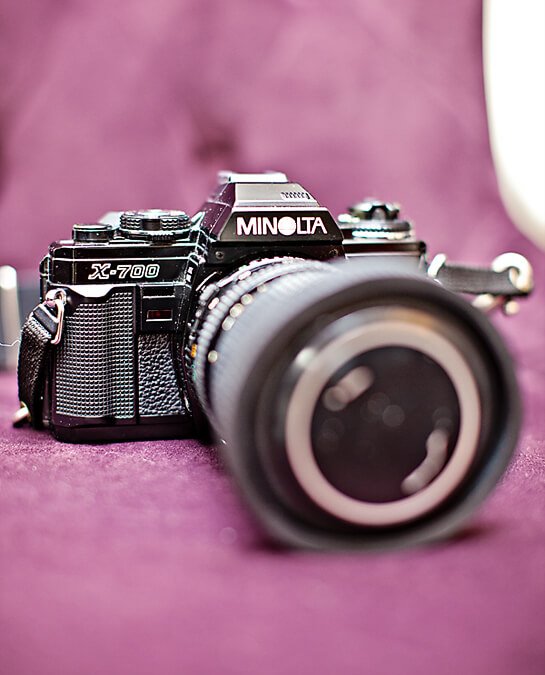 The theme we were given to shoot around this week was simply “new”. Given that most people take a moment at the beginning of a new year or a new month to think about some goals they might have, I thought I would share one of mine. This will definitely be new for me.

I want to learn to shoot film…properly.

There was a time that I had a film camera and I happily put rolls of film in it, set it to auto and hoped for the best. At the time, I had no idea of how to compose a photograph, let alone how to determine “correct’ exposure or how to rate film. This time, I am going to learn.

Given my goal, I am so thankful to my mom for lending me her old Minolta x-700. At the time when it was released, this was a state-of-the-art camera system – the flagship of the Minolta line. It is lovely! Completely manual, without the aid of an LCD screen, this camera will force me to slow down and think before I release the shutter. It will also force me to become friends with my light meter again. 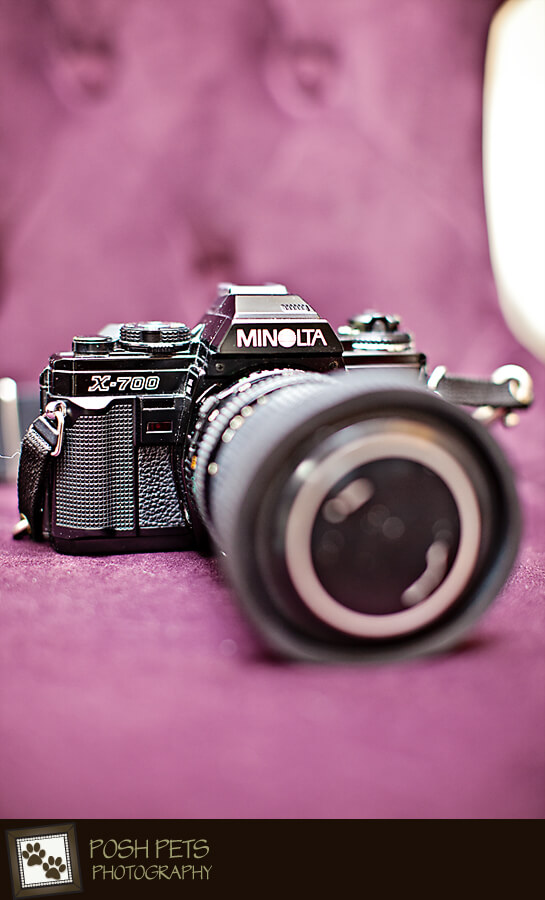 Second item on my list was, of course, film! I have chosen to shoot Kodak Portra 400 VC for my first few rolls. And here is the very first one, fresh out of his cannister with its old familiar smell. This will bring its own set of challenges, the most interesting of which will be finding a lab that I like that can process C-41 colour film. I have been given a couple of recommendations which I will try out, but I am excited to discover a part of the Toronto photography scene that I know little about.

So, there you have it – my new (to me!) camera, my new film and my new goal! With a manual focus camera, it might be a little while until you see Posh Pets portraits from me taken on film, but I think working with this new medium will make me a better photographer. It will be just for me. No pressure. No chance of public failure. But, with a lot of time and practice, I hope to bring you images of cats and dogs, shot on film.

As this is a blog circle, please check out Cynthia Wood of Georgian Bay Studios and see what is new in her life this week! Have a happy Friday!