Welcome to 2012 – a brand new year and a new start to Project 52! For this week, we were asked to introduce you to our pets. Unfortunately, not all was well in the Posh Pets’ household this week.  I would love to explain, but I promised Ripley, our 17-year old orange tabby that he could tell it from his perspective. Hang on to your seats. And read this out loud with a slight British accent – that is exactly how Ripley speaks.

“Last Friday, I awoke to a day that I thought would be like any other. We had snow – which was new for this season, but we do get that every year. Other than that, I woke up my mom at the appointed time to ask her to feed me. She is good about that and ensures that my sister and myself always have what we need in the morning. As we padded our way to the kitchen to open the fridge door (which I always peer into to determine what today’s menu will be like), I noticed that something was amiss. My sister, who prides herself it seems, on a ghastly display of manners by bounding ahead of me and trying to shove her face into my food bowl, was following behind. (Please note that word, “behind” – it becomes important). This was highly unusual, for in my 16 years of residence – 15 of which were with Lady Jane – she rarely follows me.

Anyway, I had my breakfast, but Lady Jane seemed uninterested. Highly unusual. It was then that I heard my mom making a phone call and I knew, instinctively by how she addressed them, that this was no ordinary phone call at 7:30 a.m. in the morning. One of those terrible creatures humanity calls “vets” had been called. Given that we had just attended that sordid place in July (yes, I do keep track of these things), I could not believe my ears. I was sure that my attempts at behaviour modification had worked, for in July, I had thrown up all over the vet clinic’s lobby which prompted everyone, including staff, to great action of cleaning me, my carrier, the room…and the year previously, I had pee’d on my vet as a signal of my displeasure with where she stuck THAT. But I digress…

Soon after, I heard the familiar rattle of the cat carrier being dragged out of the closet. It was then that I noticed that the bedroom door was closed and I was IN the bedroom. The cat carrier was OUT there, but I was IN here. Safely esconsed in my room. I listened and then I heard it. Lady Jane’s furitive cries as she was being placed in the carrier. The bedroom door opened and suddenly my mom was explaining to me that she had to take Lady Jane to the vet, but that she would be home soon. I was relieved. Mostly because it appears that my previous behaviour has frightened or disgusted those vets enough to not ever want to see me again. Hopefully both.

I obviously have no first-hand knowledge of what went on in that place, but as I understand it, Lady Jane developed a condition that involved her…ahem…bottom region (see my reference above to “behind”). Essentially, she was unable to use the litter box as we felines have done for years. Rather than ensuring that she drank enough water (as I always do) to counteract the problem, she resorted to licking herself…down there. However, she was not content to merely clean herself. No, she licked herself to the point that she was red, raw and sore. That will only get you a trip to the vet and this time it is your own fault, in my opinion.

Anyway, mom and Lady Jane returned and I was none the worse for wear, lounging about on the couch upon their arrival. The carrier was opened and I came over to hear what tribulations she might have endured during her trip away. I had planned to give her a good sniff to ensure she was clean, but I was stopped dead in my tracks.

For there was Lady Jane alright, but what had they put around her head? A satellite dish, perhaps? No, for we have never had any need of such entertainment in our house and this particular dish was turquoise. If Lady Jane was channelling some kind of Elizabethan collar style…well, this was not working for her. She looked depressed and miserable. I no doubt looked astounded and aghast. (Later when I heard my mom recounting the situation to my dad, she said my look was “priceless”. I like the sound of that.)

What ensued was 5 days of some ancient rituals involving water, epsom salts, zinc oxide cream (I have since been made aware of the fact that they regularly put this on human babies as well to counteract something called diaper rash) and syringes of sticky, orange-flavoured lactulose. All the while, wearing this ridiculous cone-shaped contraption. To her credit, Lady Jane bore it all remarkably well. I tried the best I could to support her by giving her gentle kisses on her head which is not like me, but when one of your own is so publically humiliated, you must help them to survive.

So, there you have it. I was in no condition to have my portrait taken this week and neither was Lady Jane. But to give you an idea of how incredibly horrible this all was, look below. If you are faint of heart,  please avert your eyes.” 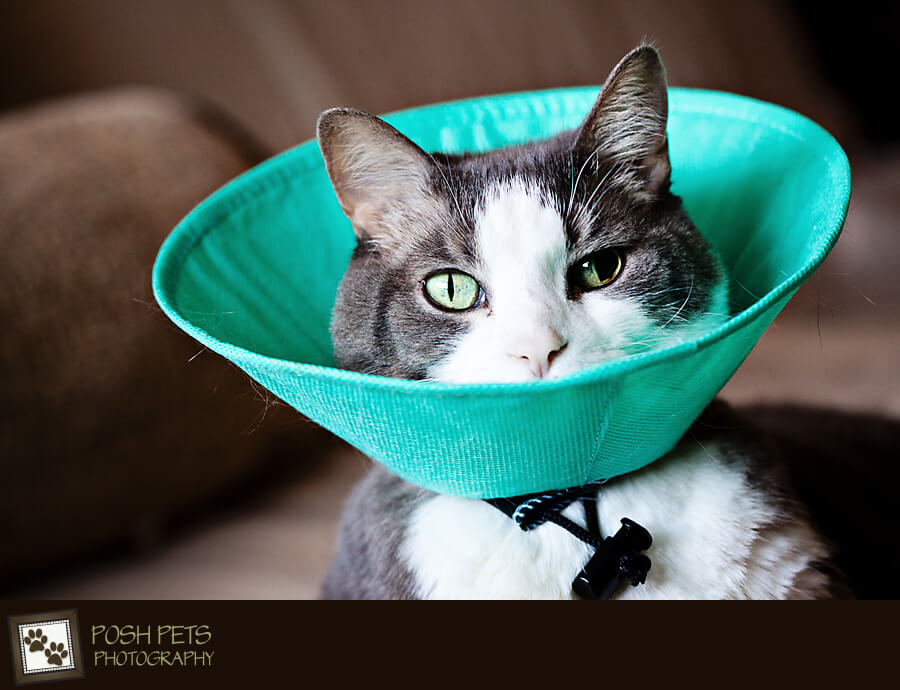 For those left wondering, Lady Jane seems to have recovered from her ordeal and all systems are working as they should. The cone of shame has been removed and she has spent quite a bit of time sleeping. Which is when I captured this portrait of her. It really displays what she is like – a lovely, contented kitty. As for Ripley…he has had a hard week. Enjoy! 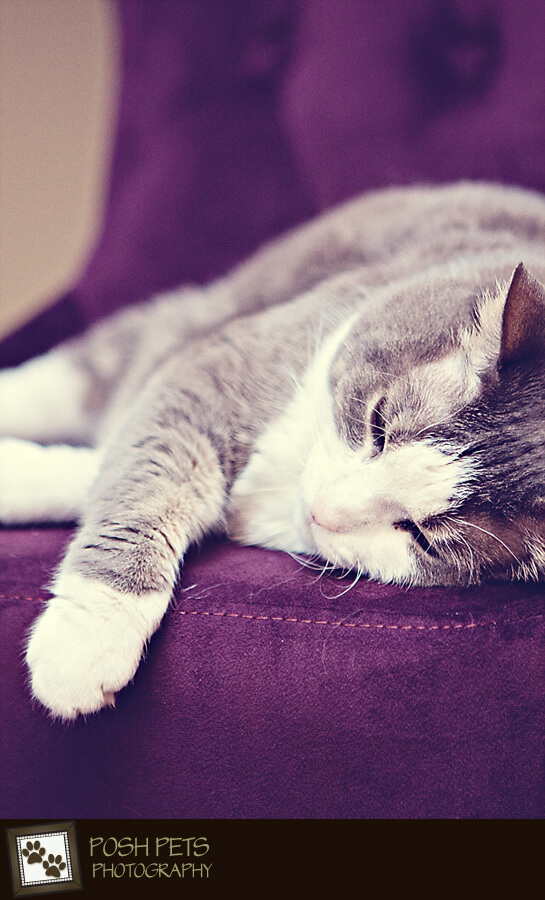 Now, in order to meet all the pets of the other members of the Project 52 circle, please check out fellow Canadian pet photographer Cynthia Wood.