This past Saturday was perfect weather! Which was great because Posh Pets was thrilled to be at the annual SwissRidge Kennels Doodleromp event, this year being hosted by the Pine Tree Pet Care Centre in Guelph. Doodles from all around were there for one huge play date with their litter mates, their cousins and distant relatives. And to raise money for Autism Dog Services who do great work in selecting, training and providing service dogs to families. It was a great turnout! 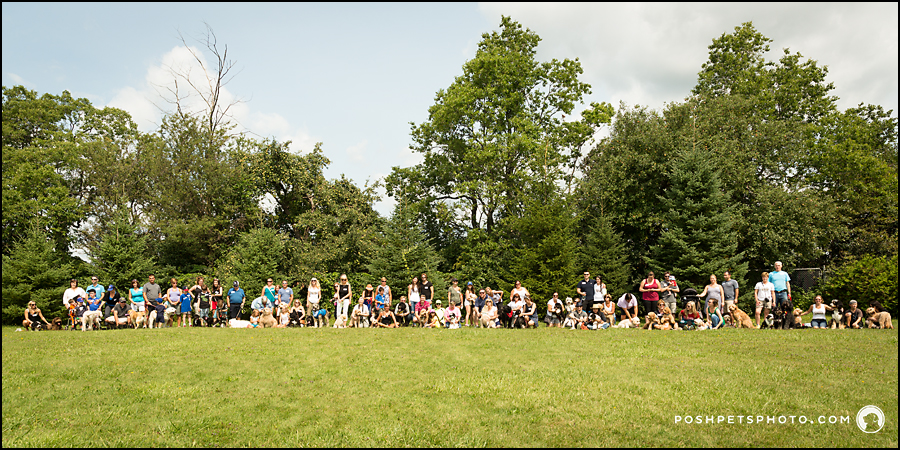 Each year Doodleromp raises money for a worth cause. Last year’s recipient received his service dog, Ollie from Swiss Ridge Kennels. It’s quite apparent that Shay and Ollie have become fast friends 🙂 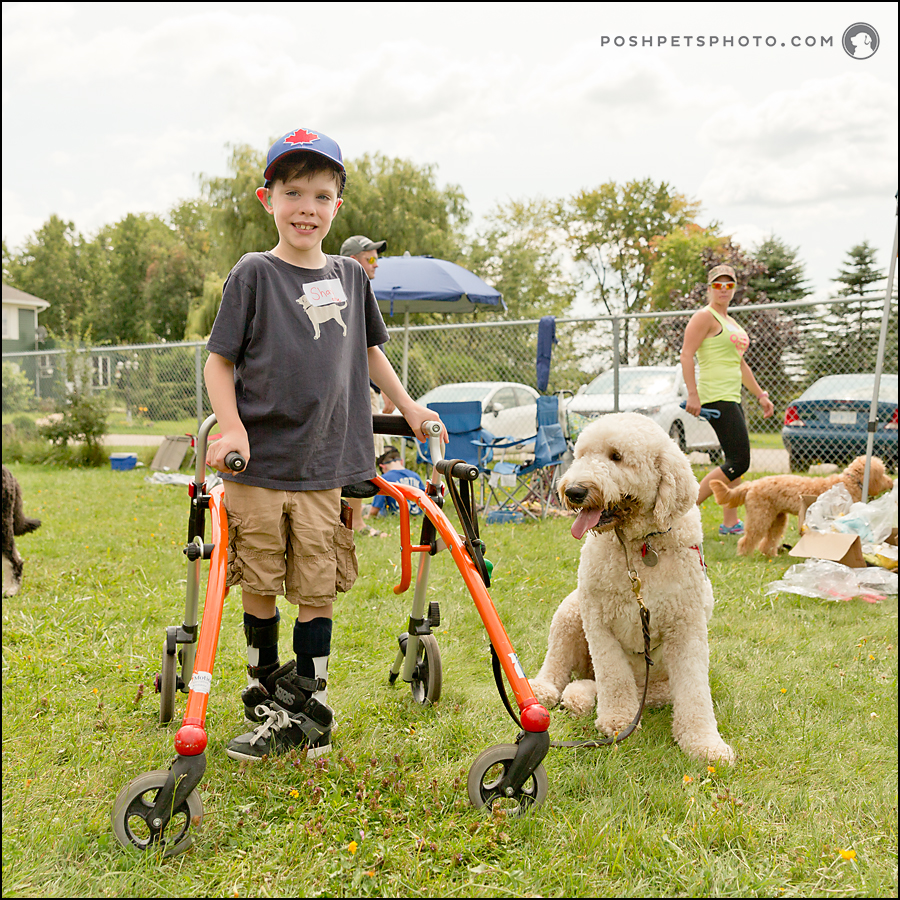 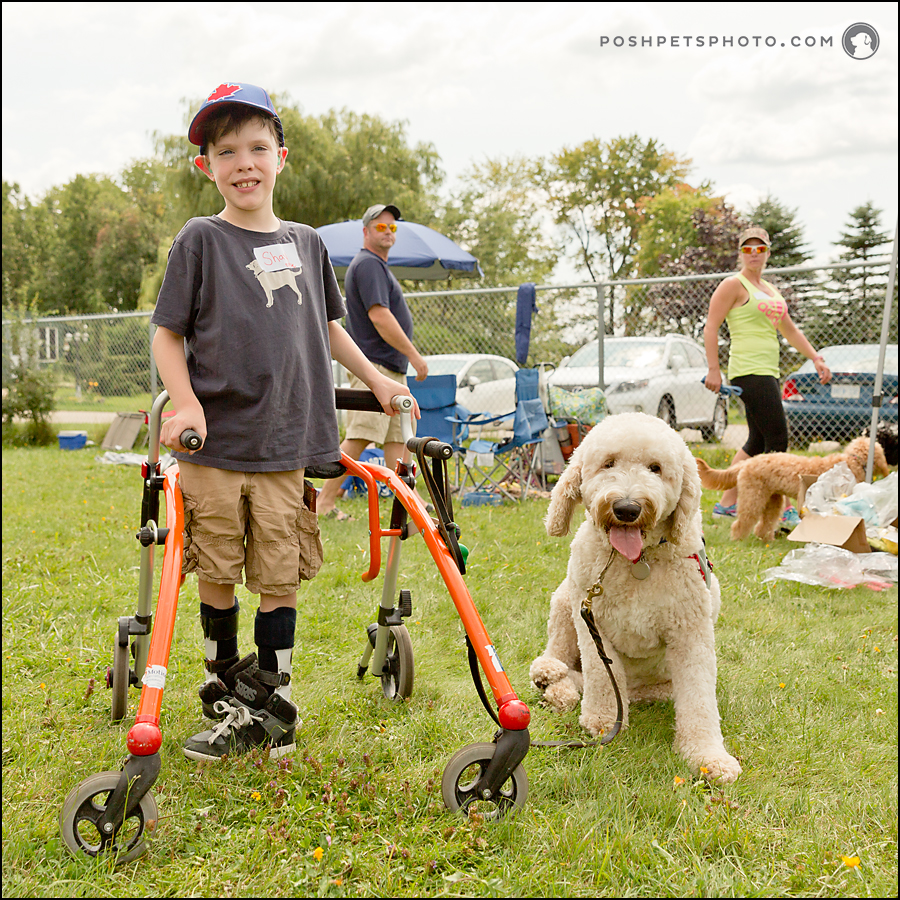 Shay got to show off some of the tricks he and Ollie have worked on together. Some of the other doodles wanted to come up and personally congratulate them. 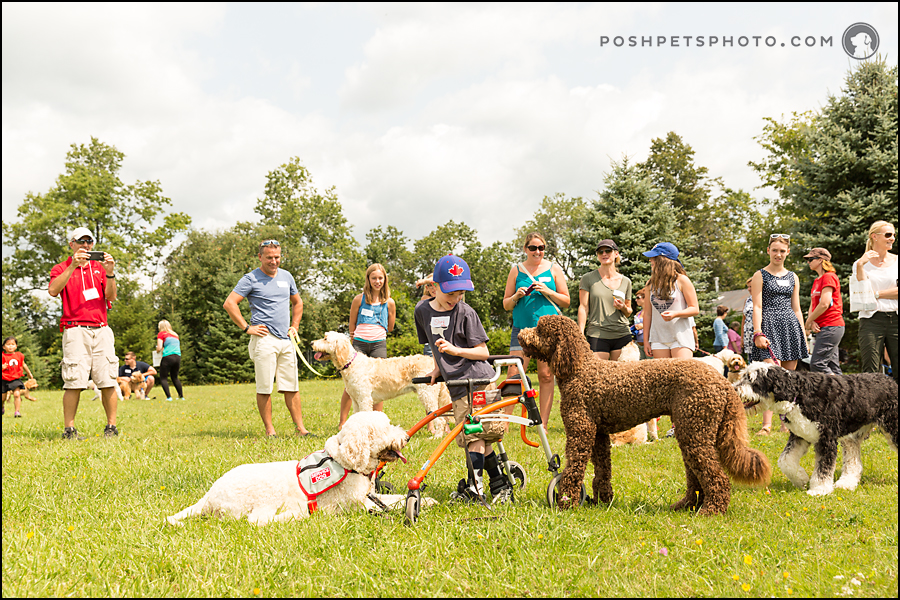 Others had tricks to show off as well. 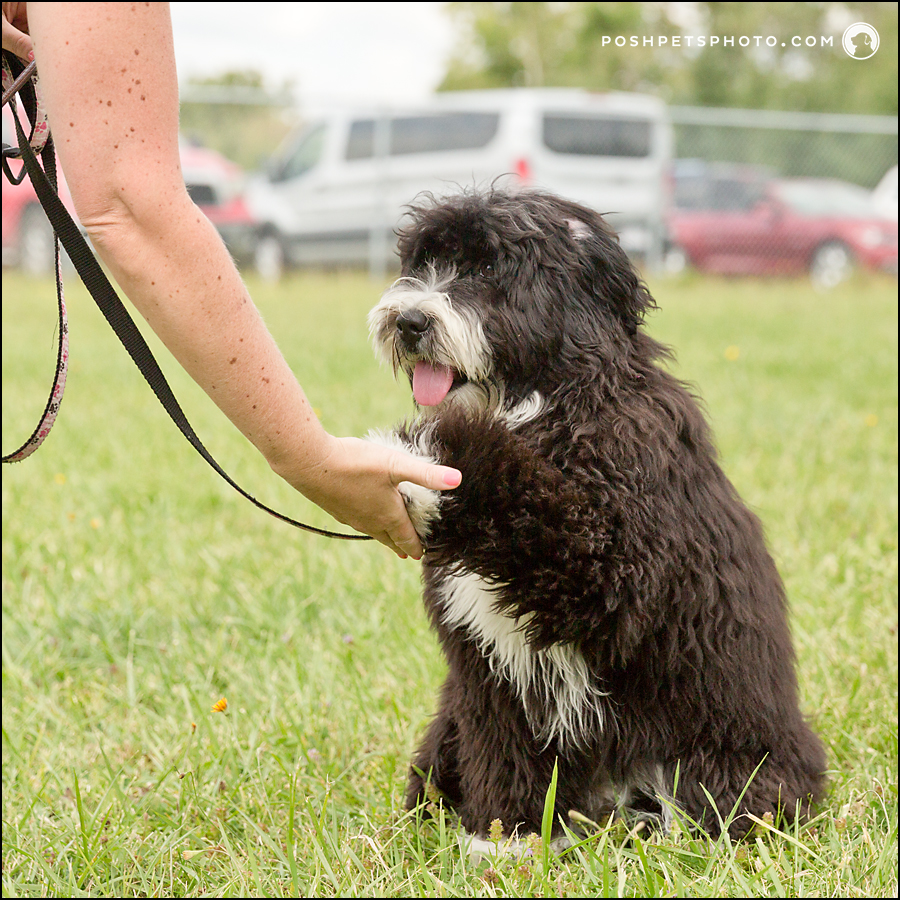 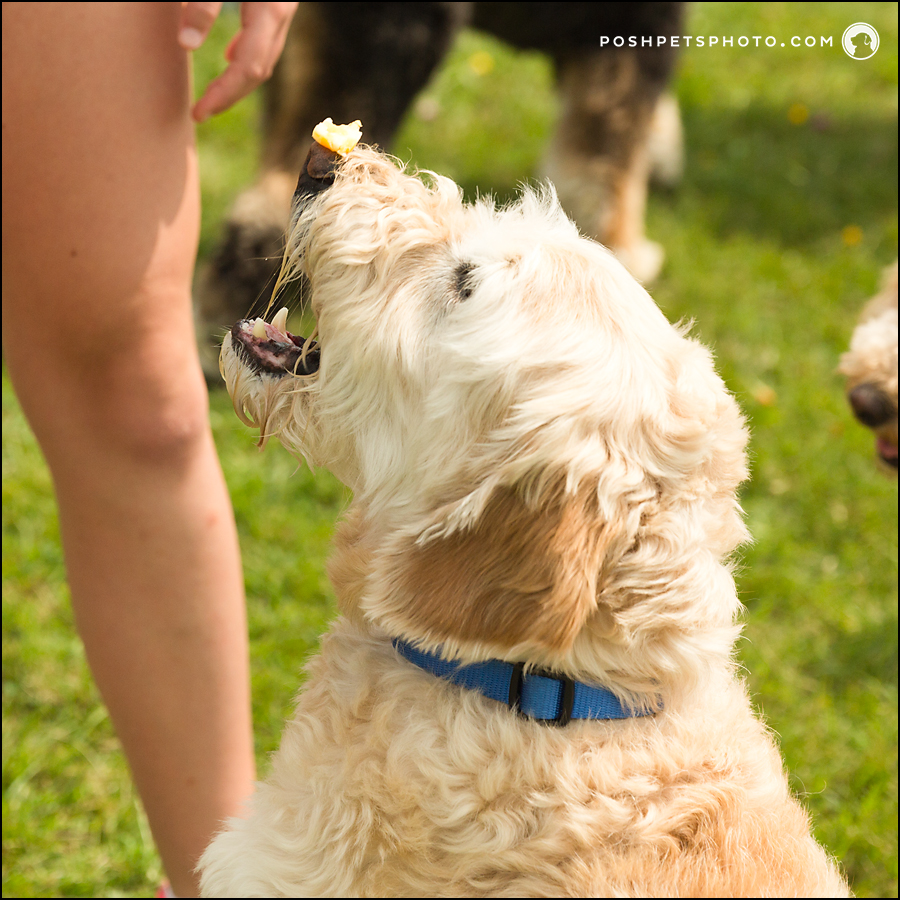 But, many spent the day running and chasing and playing… 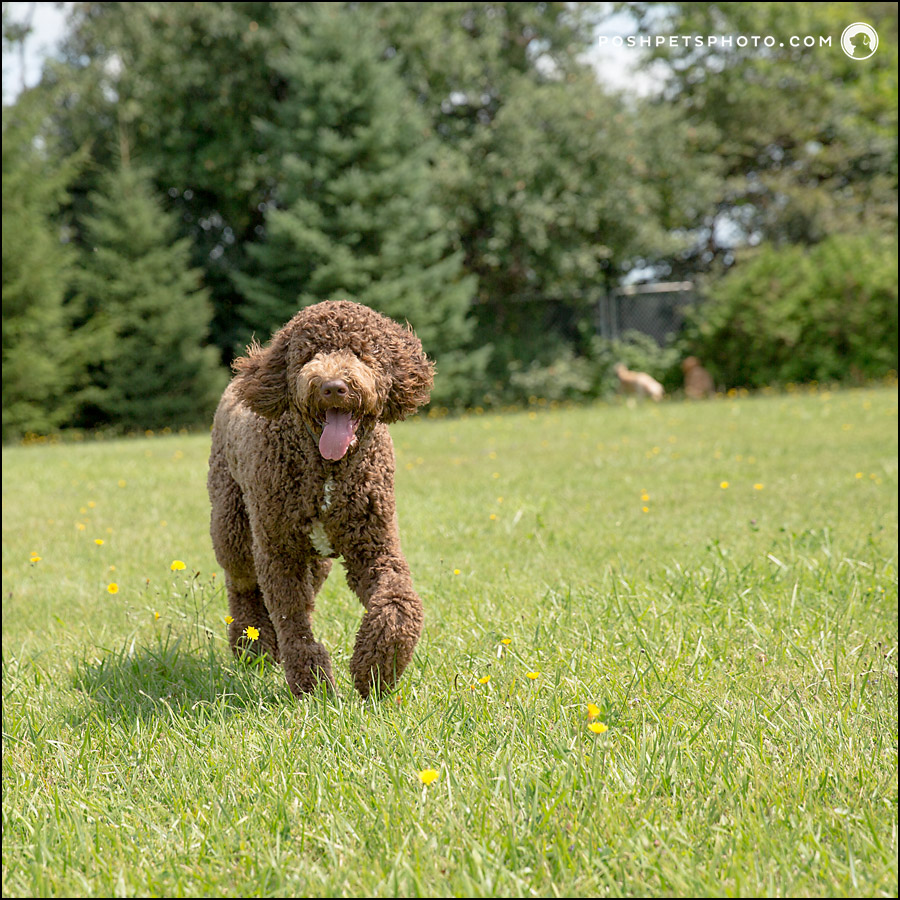 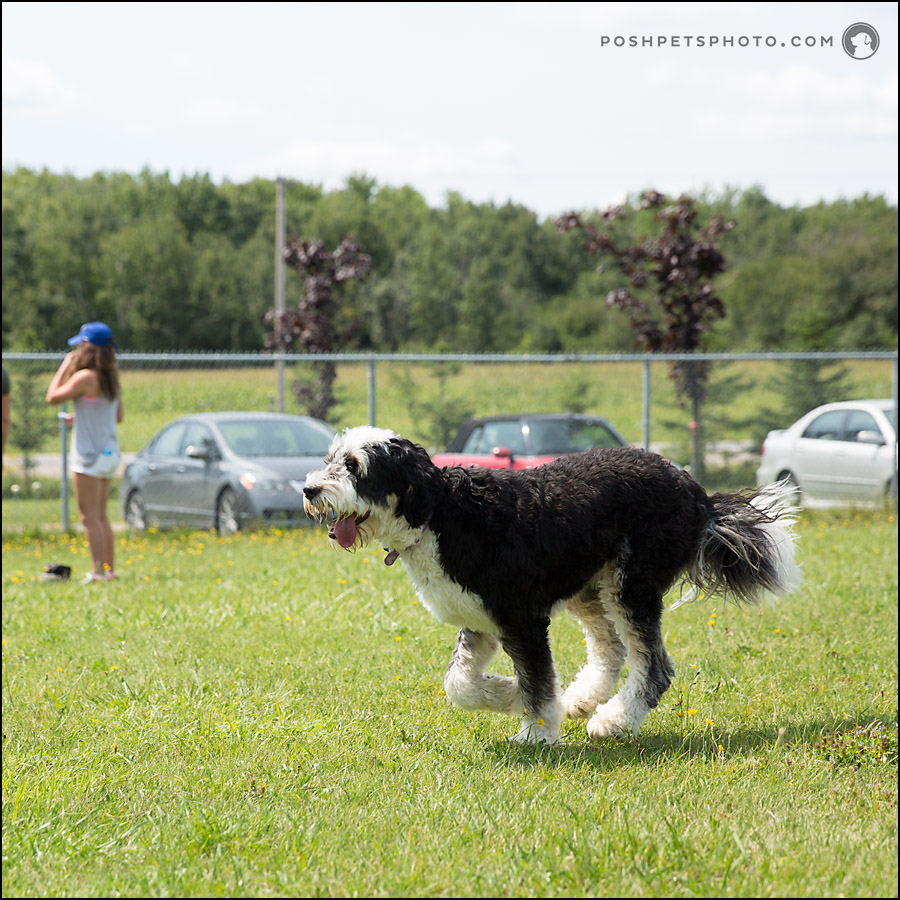 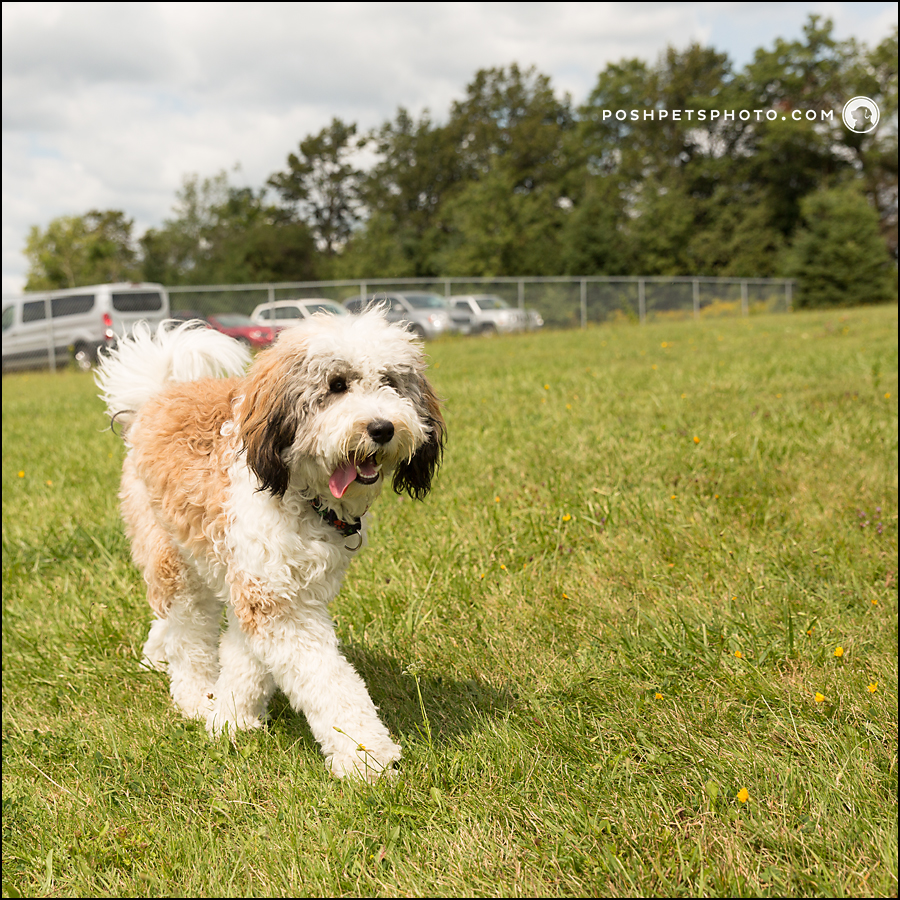 …while others found a cool piece of shade to relax in. 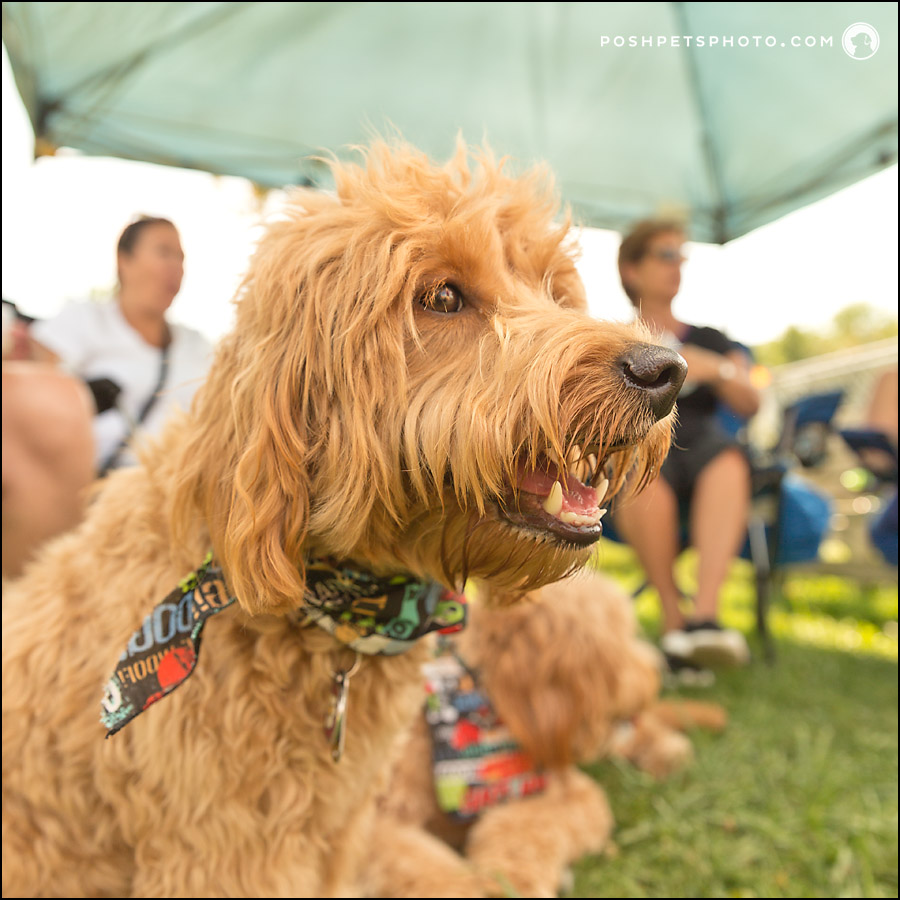 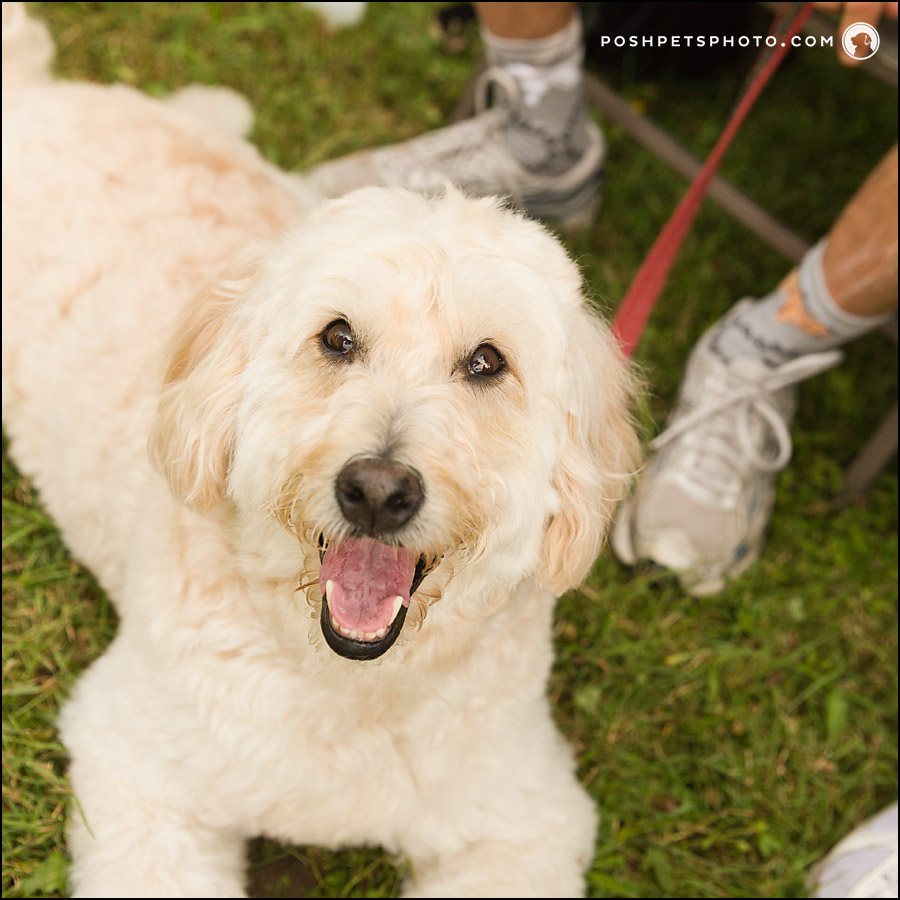 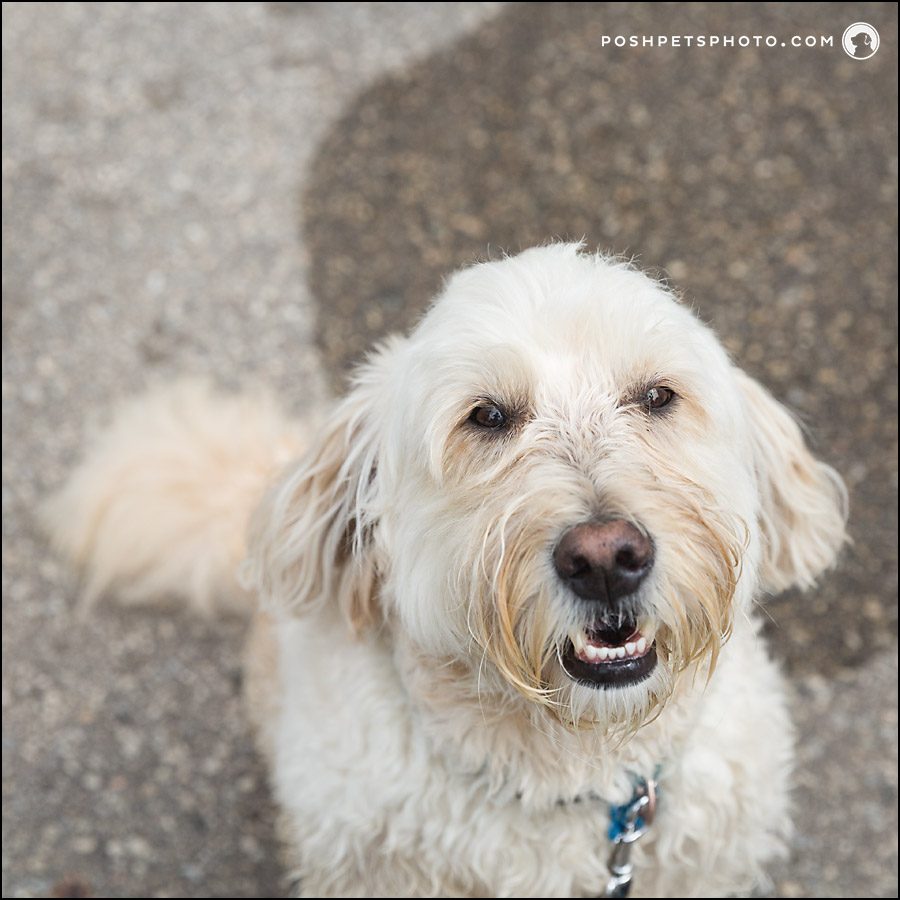 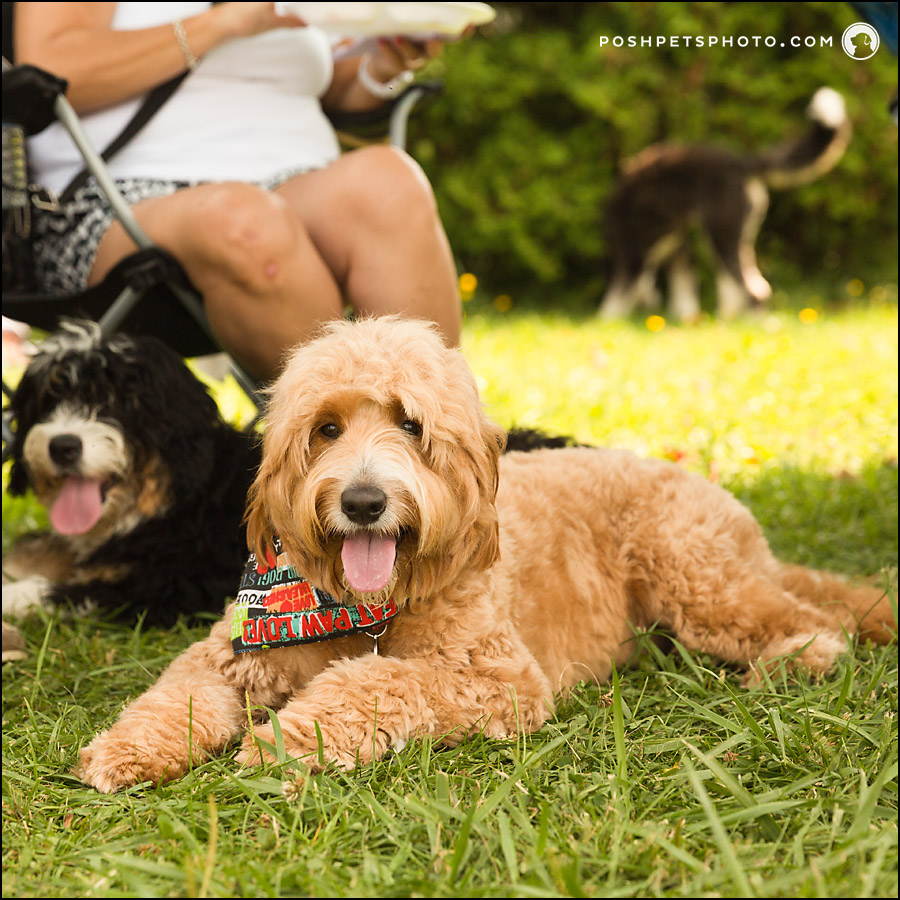 Gibbs was one of the stars – he is so petite and cute. I saw more than one person who wanted to tuck him in a bag and carry him off. Look at that pink tongue! 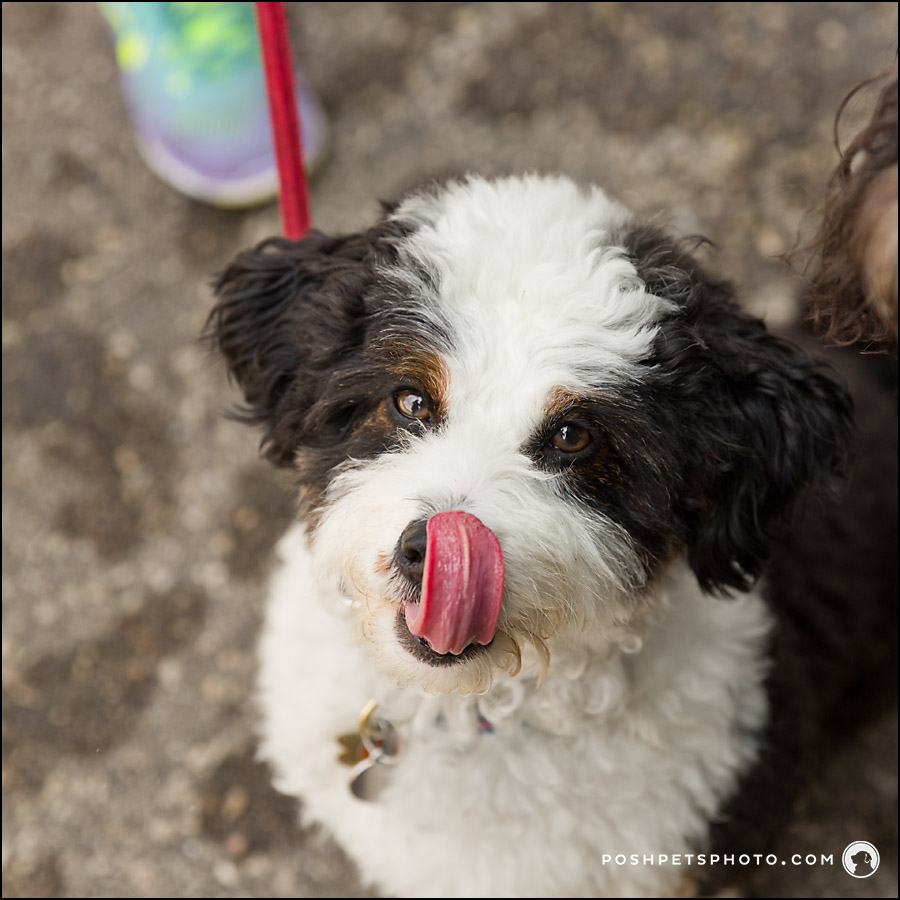 I even had a brush with celebrity in the form of Riggins. He has his own book Golden Boy and his mom is author Sandy Rideout. I was so pleased that he agreed to sit and pose for a casual portrait. And, he turned on the charm when he flashed his awesome smile! 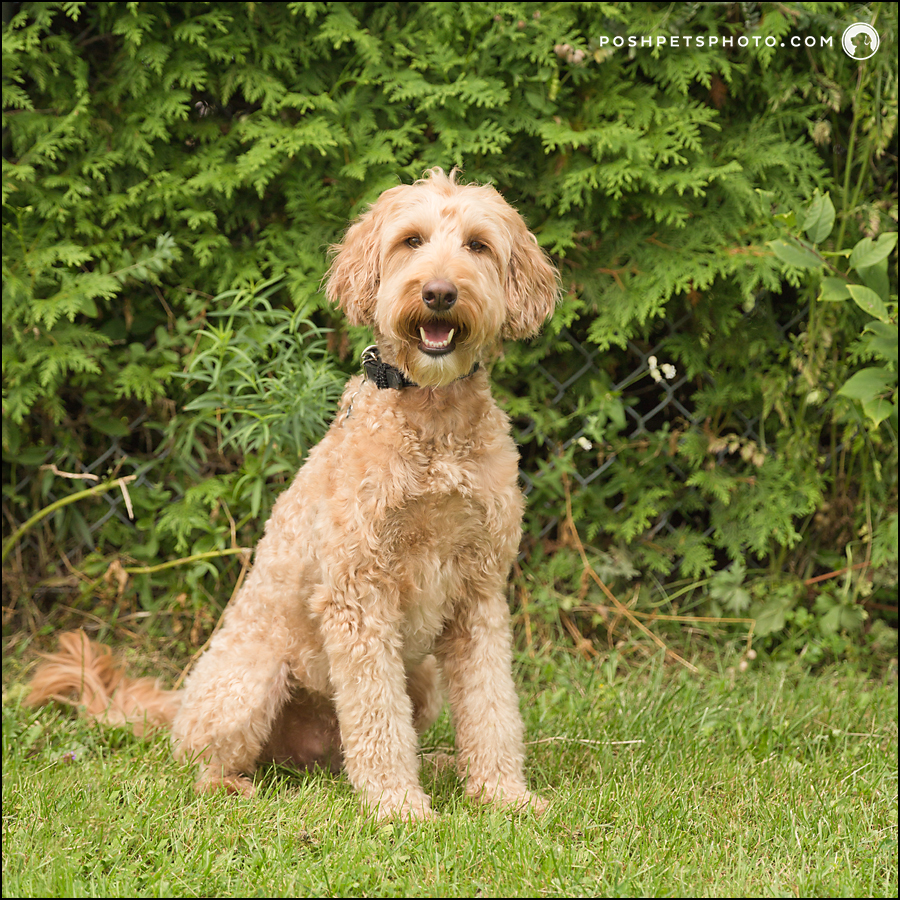 Of course, the amazing Zolo was there, holding court. Her human is Karley Gittens, an awesome graphic designer, who also works tirelessly to organize the DoodleRomp event each year. I photographed this beautiful girl a couple of years ago when she was still a puppy. It was so nice to be able to catch up with her again. 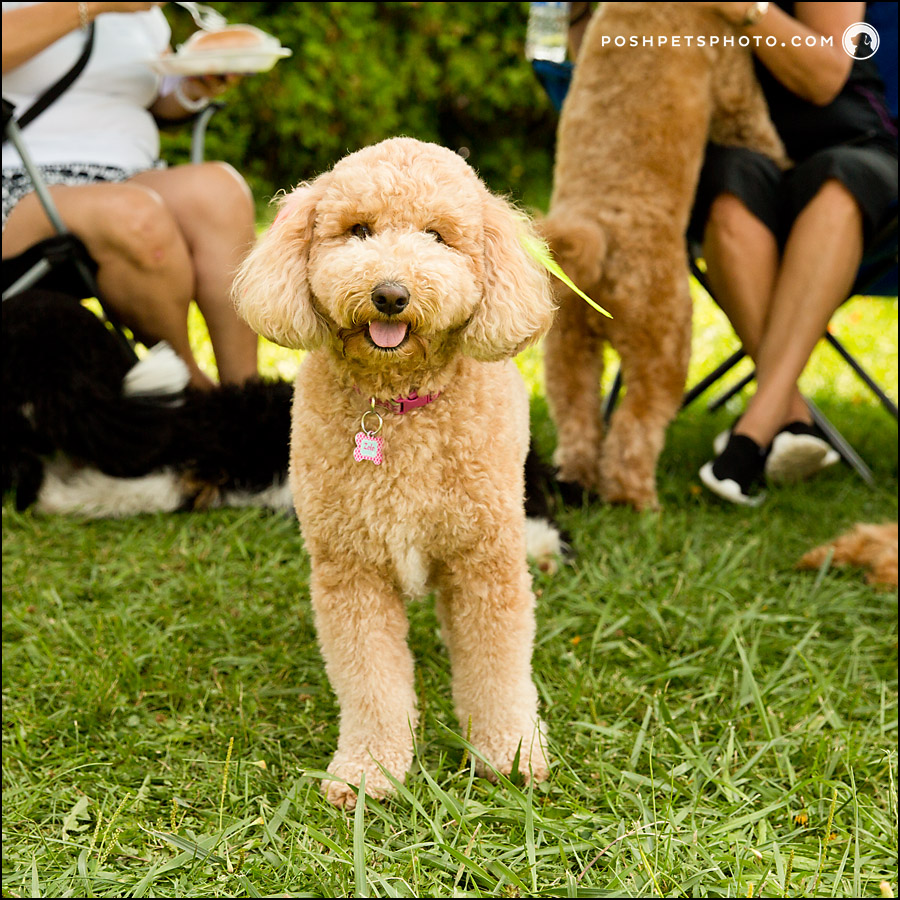 Blizzard is Zolo’s younger brother and a new addition to the family. He easily outweighs her, but is such a loveable boy! 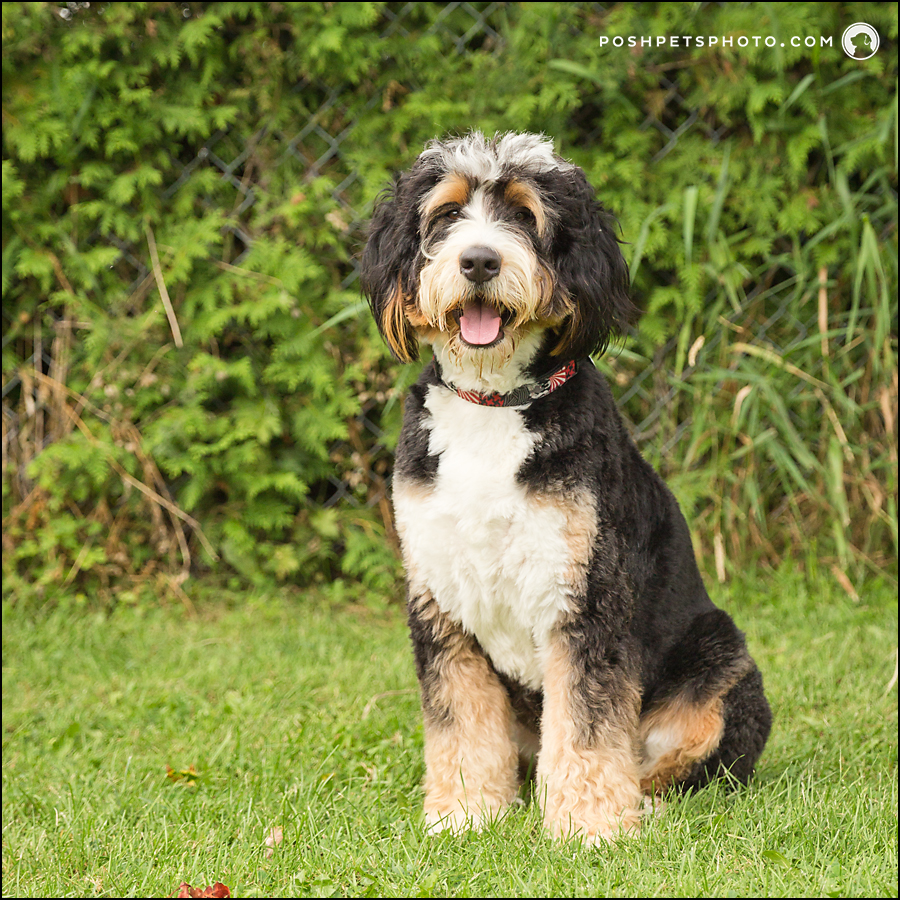 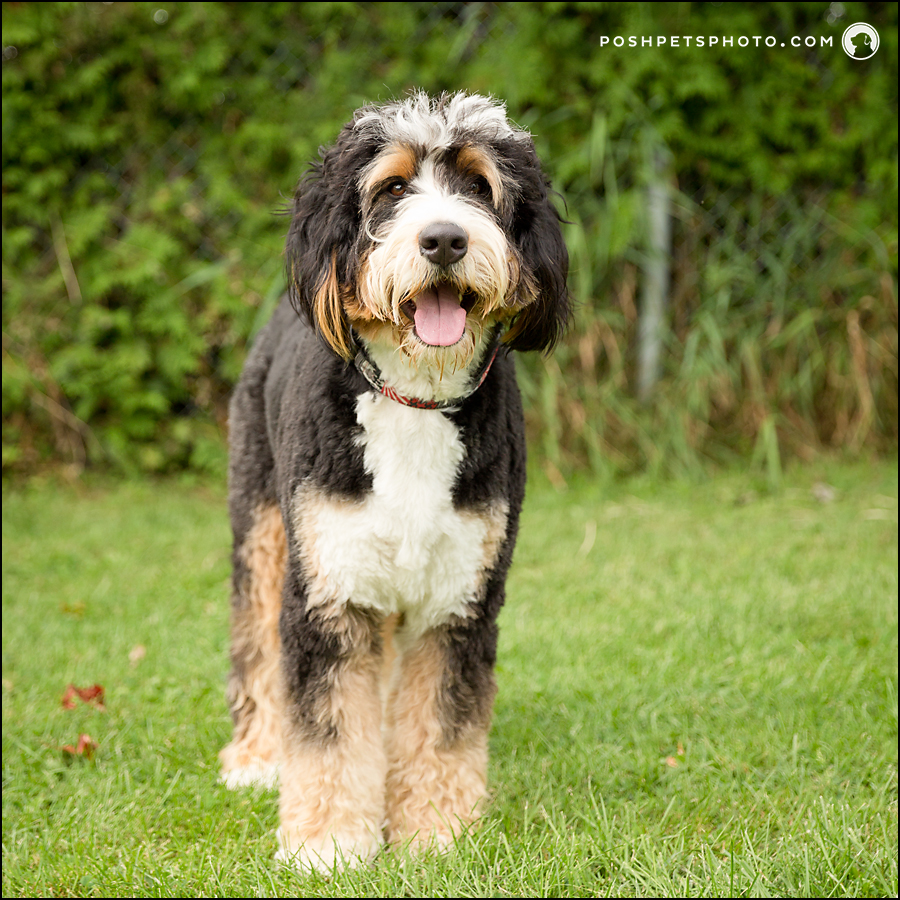 Jax was a tiny 4-month old puppy last time I saw him (which was last year’s Doodleromp). He has grown into a gorgeous boy. His picture then… 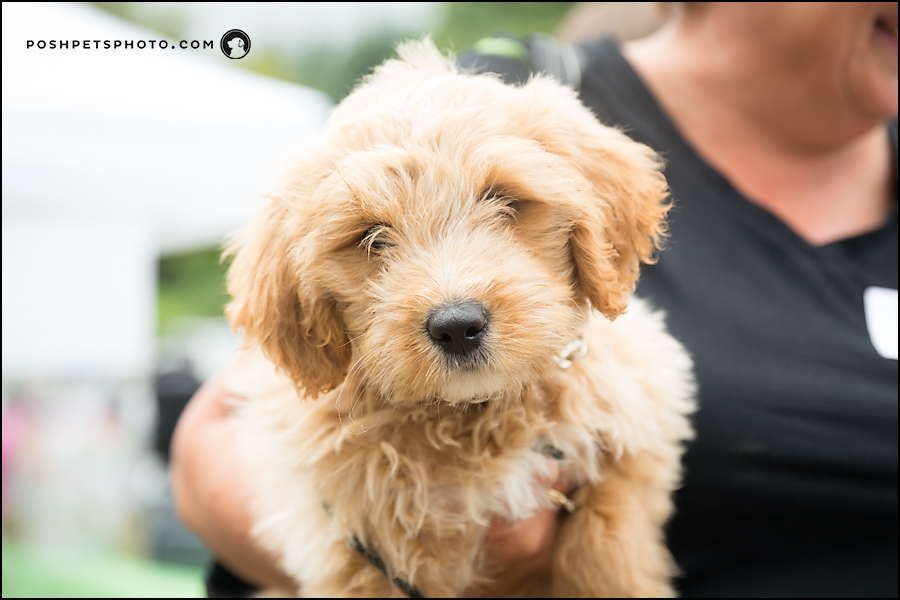 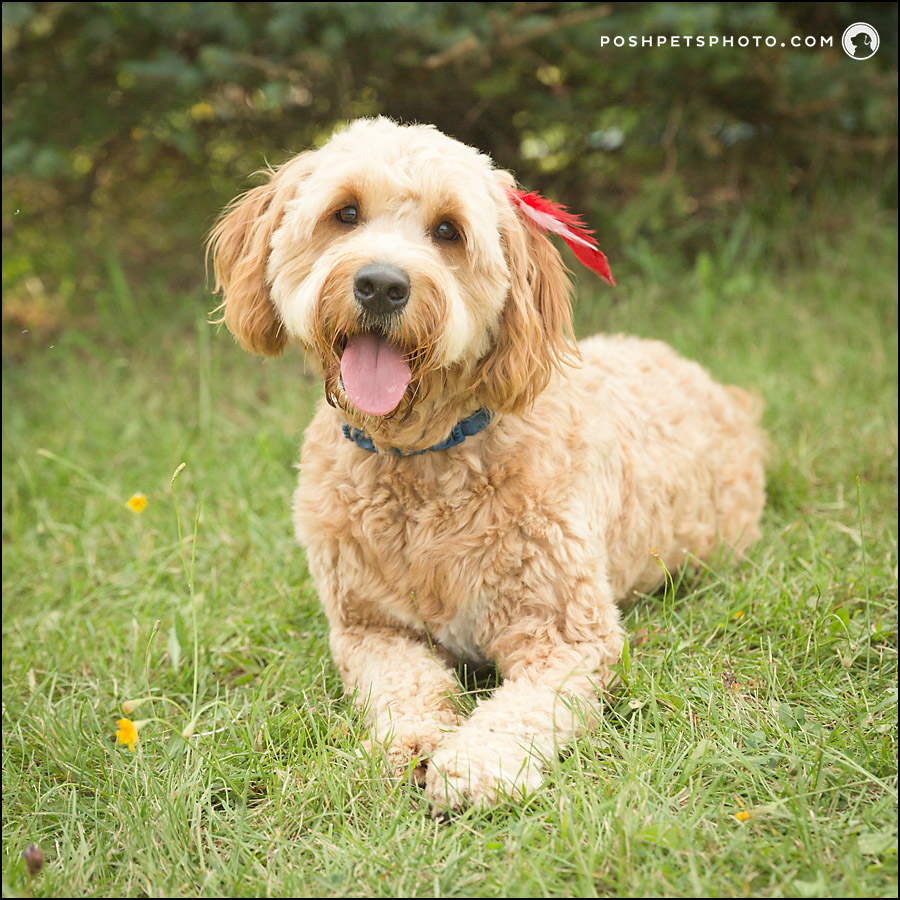 I also got to meet tiny, petite Basil and her little human who were happy to stop for a quick portrait. 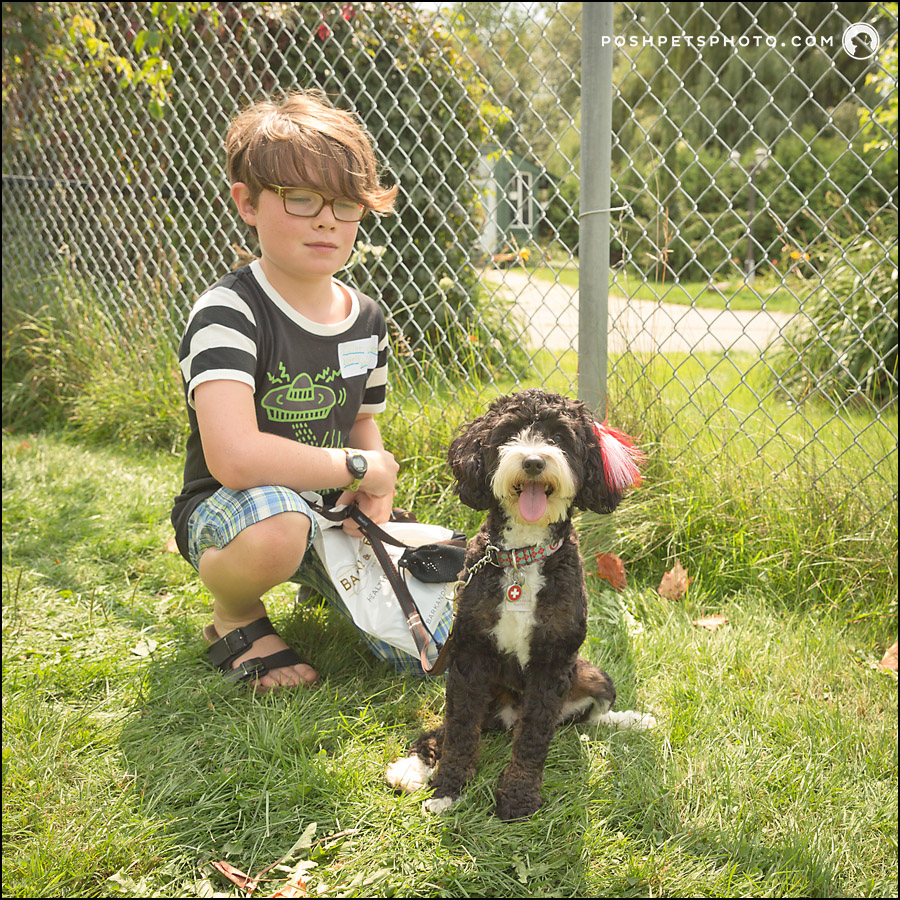 By the end of the day, everyone agreed – it was a great Doodleromp! 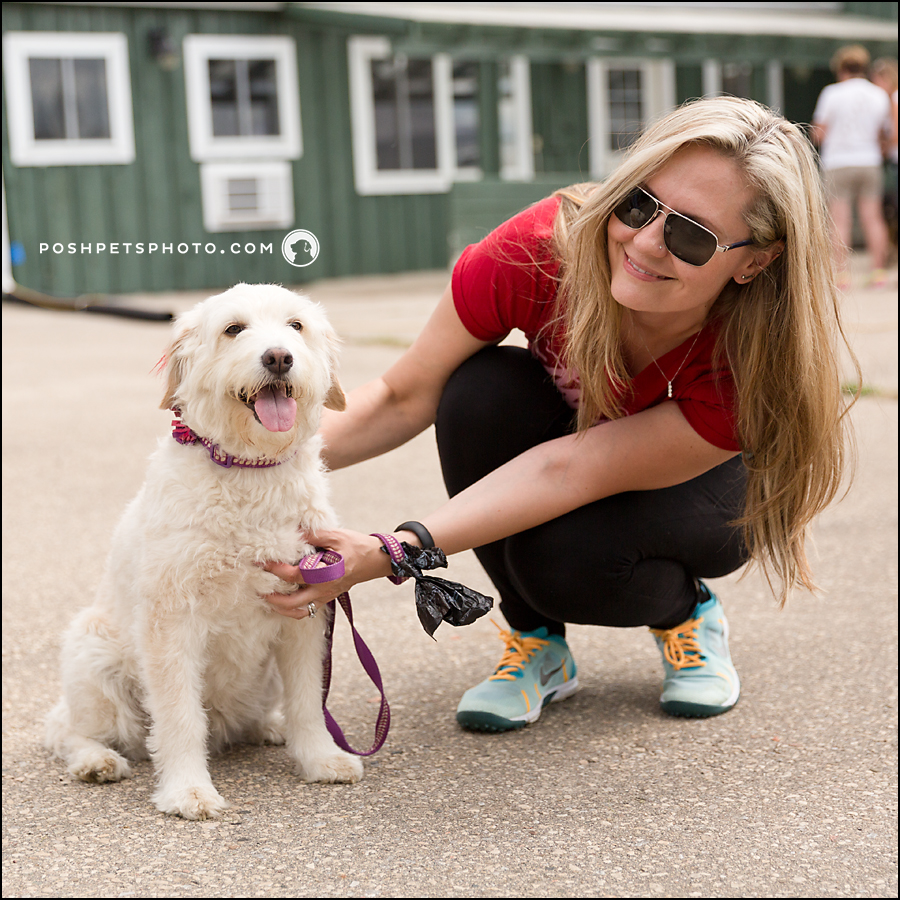